Ecuador: still on the FATF list, despite promulgation of the COIP 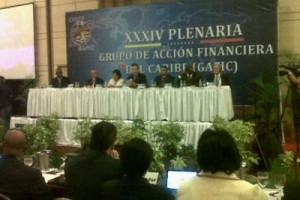 Ecuador remains in the list of the Financial Action Task Force (FATF) of countries that do not cooperate in the fight against money laundering and terrorist financing. This was confirmed by the entity, which also recognized the promulgation of the Organic Comprehensive Criminal Code (COIP) as an advance, but that the “threats to the international financial system” persisted.

The country is the only one in Latin America and is on the list along with Algeria (Africa) and Burma (Asia).

Last Friday, at its plenary in Paris, the FATF resolved that Ecuador should continue working on its “remaining deficiencies and implementing its action plan,” in addition to strengthen supervision against these crimes “in particular the field of credit and savings unions.”

It stressed that the country recorded improvements, such as the issuing some regulations, but for its “recent nature,” the FATF still had to evaluate to what extent the appropriate procedures had to be established.