On the morning of this April 10, 2020, the Minister of Energy and Non-Renewable Natural Resources, René Ortiz, confirmed that Ecuador has declared force majeure on its oil exports due to the rupture of the two pipelines that transport national crude. 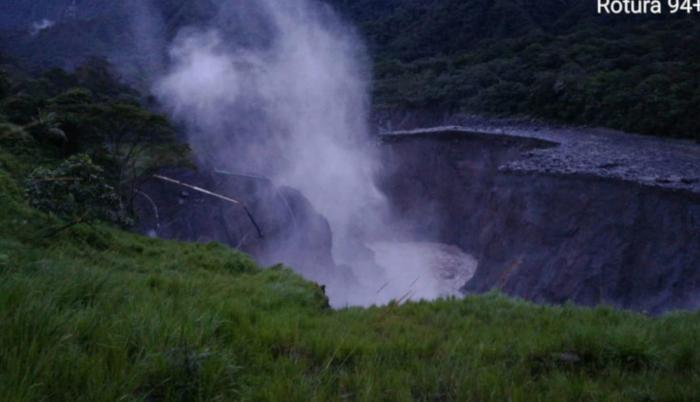 Force majeure or fortuitous event is declared before any external event that, due to its characteristics of unpredictability and irresistibility, prevents the fulfillment of a contract.

Last year, in October, Ecuador also had to declare force majeure due to social protests that stopped the country’s oil production.

On Tuesday, April 7, 2020, a section in the Trans-Ecuadorian Pipeline System (SOTE) and the Heavy Crude Pipeline (OCP) occurred due to a sinking of land in the San Rafael sector, between the Amazonian provinces of Sucumbíos. and Napo, causing the paralysis of the two pumping systems.

The incident forced the suspension of the operation of the state SOTE pipeline, the private heavy crude OCP and the Shushufindi-Quito Pipeline that transports fuels, especially LPG.

Ortiz pointed out that the repair of the pipelines can take a month and for that reason they analyze other channels to transport the oil.