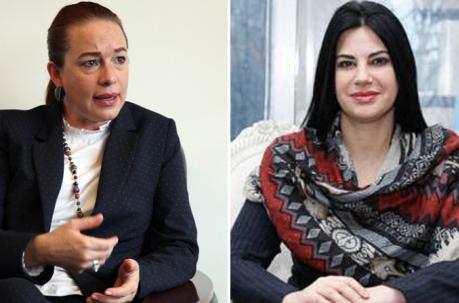 Ecuador and Honduras are facing this Tuesday, June 5, 2018, in voting to preside over the 73rd period of sessions of the General Assembly of the United Nations Organization (UNGA). Chancellor Maria Fernanda Espinosa competes for that position with her partner Mary Elizabeth Flores.

The two diplomats have held dialogues with other nations in which they defended their programs and priorities. They have worked with the purpose of collecting support among countries around the world.

The nominations have generated controversy, since Ecuador presented its candidacy in February 2018, which led to the rejection of Honduras, which denounced the breaking of an agreement to support the appointment of international positions.

The Honduran candidacy has the backing of countries such as Colombia, Brazil, the US, Peru and part of the Lima Group in the region, while others like Venezuela and the left wing, such as Bolivia, have confirmed that they will vote for Ecuador. To be elected a candidate needs to obtain the backing of a simple majority of the General Assembly, where each of the 193 member states has one vote. Thus, it will replace the Slovak Miroslav Lajcak who fulfilled the term of one year.

But in addition to the preference of the countries for one or another Latin American aspirant, international alliances, geopolitical interests and specific issues of the multilateral agenda also come into play in the election.

The Palestinian question, for example, is presented in this case as one of the keys to the election, with Ecuador offering its full support to the national aspirations of the Palestinians and Honduras as one of the countries closest to Israel.

The Honduran government, along with that of Guatemala, was one of the few who showed their support for the recognition of Jerusalem as the capital of Israel by US President Donald Trump, a decision that was condemned by a resolution of the General Assembly United Nations. This, a priori, could diminish Flores’s support among the Arab countries and within the broad group of the Non-Aligned Movement.

Meanwhile, some diplomats believe that Europe can hesitate to choose a candidate. The re-election of Honduran President Juan Hernández in November was tainted by accusations of fraud and violent protests after his triumph left at least 23 dead. Ecuador already held the presidency of the Assembly in 1973-1974, but Honduras has never done so.

After that external scenario, in Ecuador Espinosa faces a request for impeachment backed by 59 opposition legislators. Among the main causes that motivated this petition are Ecuador’s position on the political situation in Venezuela and Nicaragua.

Also the crisis in the northern border with Colombia where since January there have been several attacks with explosives, the kidnapping of Ecuadorians and the murder of a journalistic team from El Comercio.

And another element has been the handling of the case of political asylum to the Australian Julian Assange, at the embassy in London, which resulted in the granting of Ecuadorian nationality to the Wikileaks activist.

In this case, President Lenin Moreno said that decision was entirely the Chancellor’s and he thus disclaimed responsibilities. In addition, he withdrew the extra security after reporting that USD 5 million had been paid. The criticisms were deepened with the nomination, who has defended their aspirations by presenting the candidate as “solid, high level, (with) a person with experience in the multilateral issue.”

According to Cristina Reyes, a PSC legislator, Espinosa has placed her “caprices and vanities” above national interests and has had little effectiveness in matters that “do interest the country”, such as foreign policy, fight against terrorism and drug trafficking and the conflict generated on the northern border with Colombia.

For example, the death of a journalistic team motivated the resignation of the interior ministers, César Navas, and Defensa, Patricio Zambrano, last April. At that time, several voices also called for the resignation of Espinosa, who in the same week that the events occurred traveled to Baku (Azerbaijan) to the assembly of the Non-Aligned, her potential allies today. (I)

Ecuador has 38 nominations in the ‘Oscars’ of tourism