Ecuador, the country where remittances contribute the most to the economy

Remittances are a liquidity option for Ecuadorian households, which use these resources to pay for basic services. 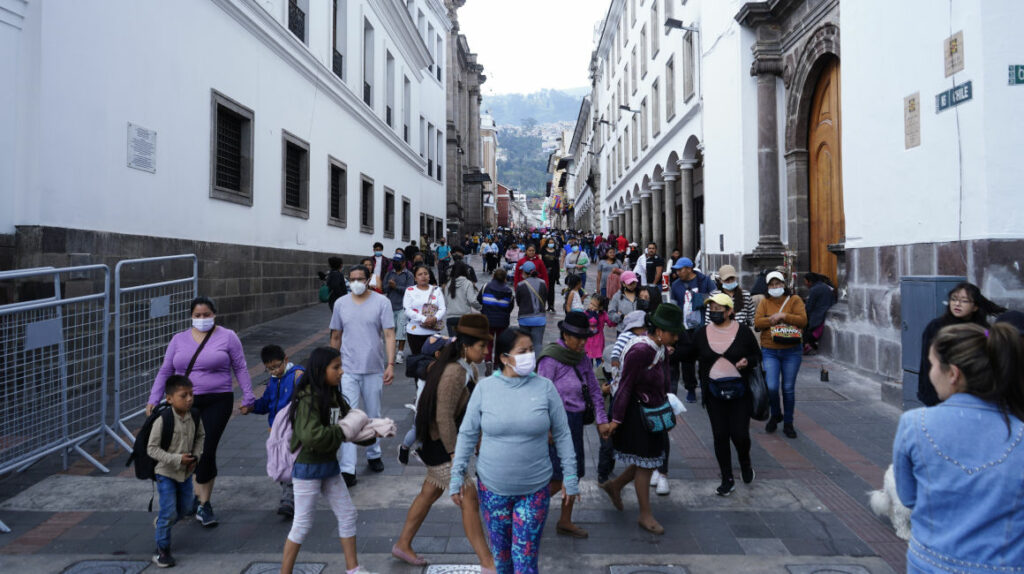 People in the Historic Center of Quito, in December 2022.

The remittances that Ecuador receives totaled USD 4,468 million in 2022, according to the forecast of the World Bank.

This represents 3.87% of the Gross Domestic Product (GDP).

This makes Ecuador the country in South America where remittances represent a greater percentage of the economy, according to information from the World Bank and the Economic Commission for Latin America and the Caribbean (Cepal).

They are followed by Bolivia, where remittances are equivalent to 3.23% of GDP; and Colombia, whose remittances weigh 2.66% of its economy.

Two factors explain the increase in the weight of remittances in the Ecuadorian economy.

The first is that remittances from immigrants have increased. This is due to a greater generation of employment and the increase in wages in the United States, with the economic recovery, after the Covid-19 pandemic.

The largest group of Ecuadorian immigrants resides in the United States.

The second factor is the drop in Foreign Direct Investment (FDI), which loses share of GDP.

In the last two decades, “remittances from immigrants have been an important source of foreign currency income for the country, exceeding FDI flows during the last four years,” says a study by the Central Bank, from December 2022.

Remittances are an alternative source of liquidity for households in Ecuador, which has a deteriorated labor market.

In fact, remittances, along with greater access to consumer credit, explain the better performance of household spending, says the manager of the Central Bank, Guillermo Avellán.

On the other hand, remittances have made it possible to balance the current account of the balance of payments, which records the inflows and outflows of foreign currency. This has been important in an economy that does not have its own currency, as is the case of Ecuador, which is dollarized, says the ECB report.

In addition, remittances boost financial inclusion, according to the Central Bank.

That, because people open a savings account to receive money from abroad.

49.4% of the remittances that arrive in Ecuador do so through banks. They are followed by couriers and remittance companies, with 48.2%; and savings and credit cooperatives, with 2.4%.

However, remittances do not increase the demand for formal loans in financial institutions, says the Central Bank.

This is explained by the fact that most of these resources, 75%, are used to pay for basic services, such as housing, food and health, says the United Nations Organization (UN).

Which means that people have little room for savings and ability to pay debts.