Ecuador will export quality chocolate as well as cocoa 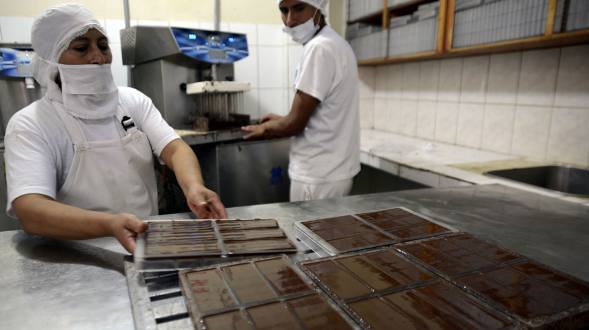 Ecuador seeks to stop exporting the cocoa as raw material to position itself as the global seller of chocolates, because it has been always regarded as the best producer of cocoa Fino de Aroma.

The Coordiantor Minister of the Production Richard Espinosa stated that the first factory is part of a total investment of $ 18 million that the alliance has scheduled throughout the year.

According to the Ministry of State, Ecuador produces 100 tonnes of chocolate, of which 40% comes from the Ecuadorian brand”República del Cacao.”

According to Espinosa, with the installed equipment will be able multiply by 10 the production of chocolate and even reach 1,000 tonnes.

“It is clear that we are inside the scope of what we call the change of matrix production, diversifying production, markets, increasing the productivity, exports, the quality, and gradually replace imports,” he said.

This export would represent to Ecuador $ 10 to $ 15 million per year.