Ecuador will host the International Congress of quality higher education 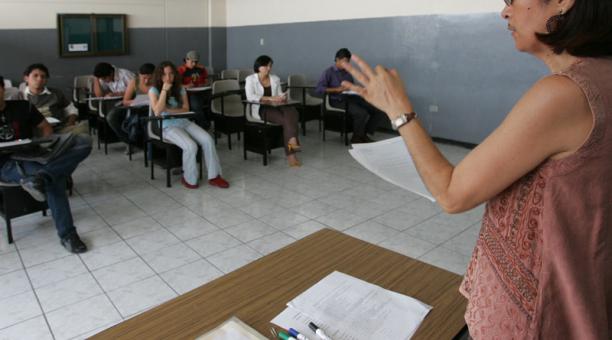 The Ecuadorian capital, Quito, will host next March the International Congress of Higher Education of Quality in the Latin American Space (Escel), organized by the University of La Rioja (Spain) and by various local entities.

The International University of La Rioja (UNIR) detailed in a statement on February 19, 2018 that the Congress organizes together with the University of the Armed Forces (ESPE) and some institutions of higher education in Ecuador, including the National Secretariat of Science and Technology (Senescyt).

According to the agenda of the meeting, which will take place between March 8 and 9, the opening and presentation of the forum will be in charge of the rector of the Spanish university, José María Vázquez, and the rector of the ESPE, Ramiro Pazmiño. The event seeks to establish a discussion forum based on the best educational practices to achieve a quality higher education in Ecuador and Latin America, through international academic collaboration and will also talk about the use of new technological tools.

At the meeting, the initiative called Cofuturo, a collaboration consortium between Spanish-speaking universities, will be presented and lectures will be given on the current trends and challenges of university collaboration and their implications for Latin American institutions.

Other issues on the agenda are the promotion of excellence in the classroom using new strategies and tools, as well as good practices in quality teaching and accreditation processes for teachers as a guarantee of academic quality. In the same way, policies of the future of the university and the academic and research career of the professors will be analyzed, among other topics. (I)

The contest for Cpccs will remain