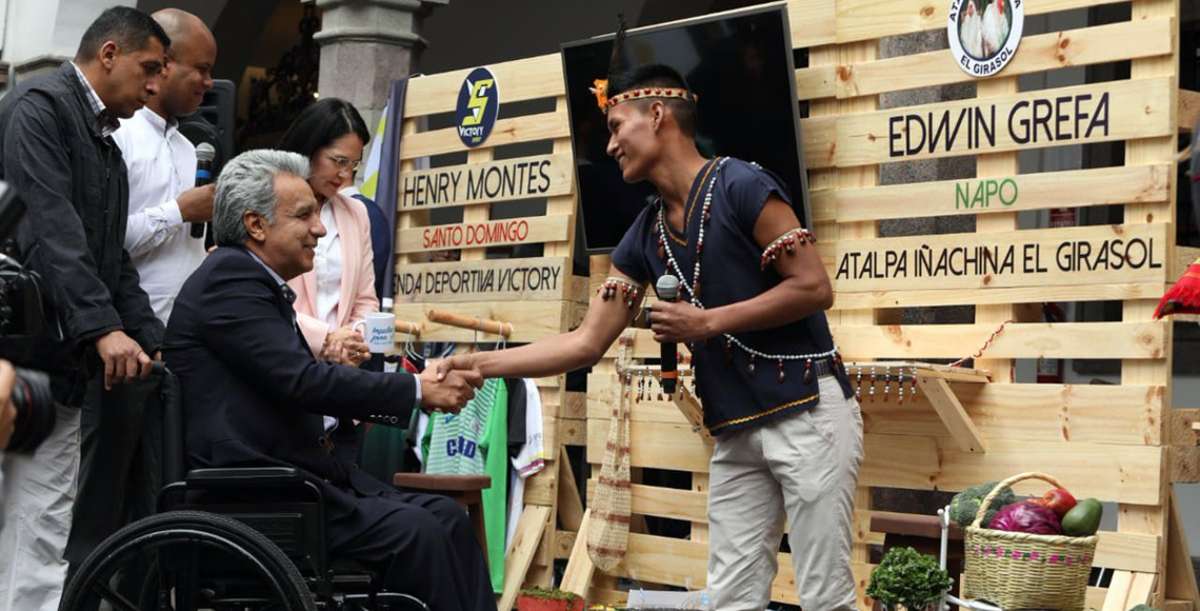 Ecuador will invest $ 96 million in the four years of the government of President Lenin Moreno in loans for 26,000 projects of young people seeking a new model of employment, said Elías Tenorio, technical secretary of Youth.

Tenorio clarified that the beneficiaries are young Ecuadorians from all provinces and also some who have refuge status. Young entrepreneurs must build a business model and through BanEcuador, a public institution, loans are granted to subsequently train and monitor new labor projects, Tenorio said.

So far, 12 Ecuadorians have benefited with credits of up to $ 15,000, within the program “Young Impulse”, which began in February 2018, and is sponsored by the Government. The entrepreneurs presented this July 30 to the head of state his first work initiatives in the Palace of Carondelet, headquarters of the Executive.

After a tour of the booths of the different projects, the president said that these initiatives contribute to the economic development of the country and congratulated the new independent workers.

“Those who choose to start are independent people and it is more profitable than fixed employment,” the head of state said.

Among the projects presented are the production of botanical oils and the assembly of drones for agricultural spraying. “Young Impulse” is a comprehensive program of the “One Life” Plan, under the direction of the Youth Technical Secretariat, which has the provision of credits for productive ventures, mechanisms for insertion in the labor market and access plans to the technical and higher education.

In its Twitter profile, the Presidency indicated that it invests in this “emblematic program” with the aim of facilitating the implementation of youth projects and creating new sources of employment.

With this initiative the State seeks to reduce youth unemployment based on the generation of jobs in adequate conditions, the promotion of entrepreneurship and the promotion of education linked to production. (I)