Ecuador will pay $ 980 million for compensation to Oxy 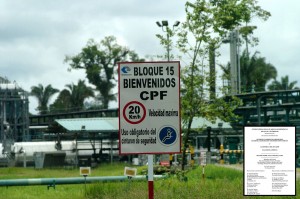 Ecuador will pay 980 million dollars to the US oil company Oxy until April this year, after the sentence imposed by a court of arbitration of the World Bank for canceling an extraction contract in 2006, reported Saturday President Rafael Correa.

“The arbitration award was 1,400 million. We will pay 980 million, grosso modo. The discount is 420 million,” Correa said during his weekly address.

Last November, the Attorney General´s office of Ecuador had indicated in a statement that the sentence provided for “a net amount payable of USD 1.061.775.000.” On Saturday, Correa said that the ruling was 1,400 million dollars, without providing details on the increase in the figure.

The adjustment of electricity bills take its toll on 24,000 companies