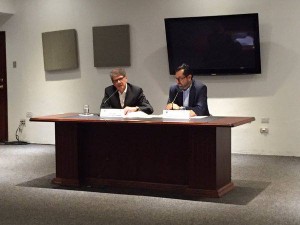 The measure is an “exception,” which was made after the meeting of the member countries of the Central American Integration System (SICA), which was held days ago in San Salvador (El Salvador), and in which the mass migration of Cubans to the United States, using a number of countries in Central America as “transit” was analyzed, this produced an impasse between Costa Rica and Nicaragua.

Lasso recalled that the constitution of does not visas to foreigners entering the country as the universal citizenship rules is requested.

One of the reasons why the Cuban migration would be promoted is the reestablishment of relations between Cuba and the United States, according to the Deputy Foreign Minister, which according to the figures presented, there are 40,000 Cubans in Ecuador and 16,000 of them, would not have a legal status.

These immigrants shall register on the websitewww.consulgadovirtual.gob.ec, and request a tourist visa 12-X, which will be issued for 90 days. Then they shall renew it if they decide to stay in Ecuador.

New march against the government but without a possibility for dialogue

The government invested $ 105.6 million in broadcasting and advertising