Ecuador would have a trade agreement with China for $ 2,000 million 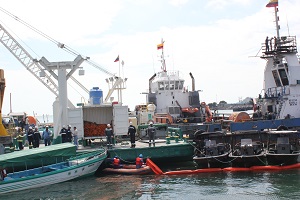 Ecuador would have agreed to a commercial transaction of $ 2,000 million with China, according to the specialized agency Bloomberg.

The agency notes that Ecuador revealed the agreement with China last month in a bid circular to bond investors and it served to place another $ 2,000 million in the international markets.

Bloomberg added that under the agreement made in May, Unipec Asia Co., known as Sinopec, prepaid the Ecuadorian oil for a not specified period.

The Ministry of Finance said that this is a commercial operation with EP Petroecuador, which is a multi-year plan 2014-2015 and that the resources will be traded during this period.