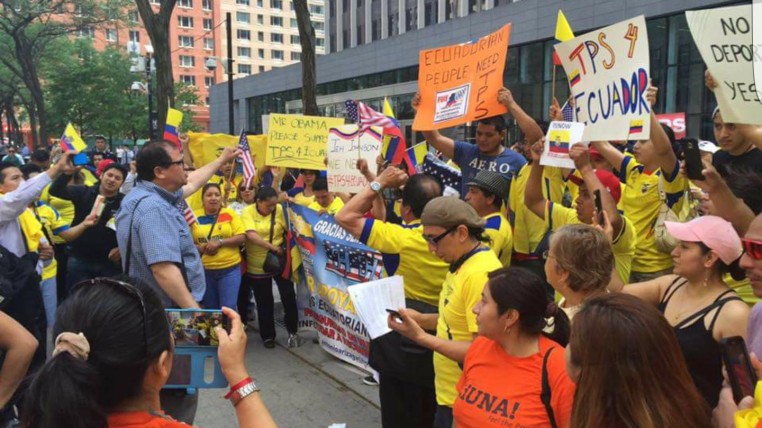 The Ecuadorian community living in the United States yesterday requested the granting of the Temporary Protected Status (TPS) after the earthquake that struck the country on April 16, in a demonstration outside the White House. With posters like “Ecuador without borders” or “Mr. Obama, please support the TPS for Ecuador,” about fifty protesters went to the headquarters of the US Executive Branch after the call made by the organization in defense of immigrants CASA.

The demonstrators directed their requests directly to President Barack Obama, as the Executive branch can order the granting of the TPS without the need for congressional approval. “If Ecuadorians living in the United States can emerge from the shadows, they will be able to help in an immense way to rebuild the country,” said former president of CASA Maria Robalino.

Tiban on Rivadeneira: She ordered the people to eat shit and who sanctioned her?