Between 1985 and 2020, the Amazon basin lost thousands of hectares of forest equivalent to the size of Bolívar province. 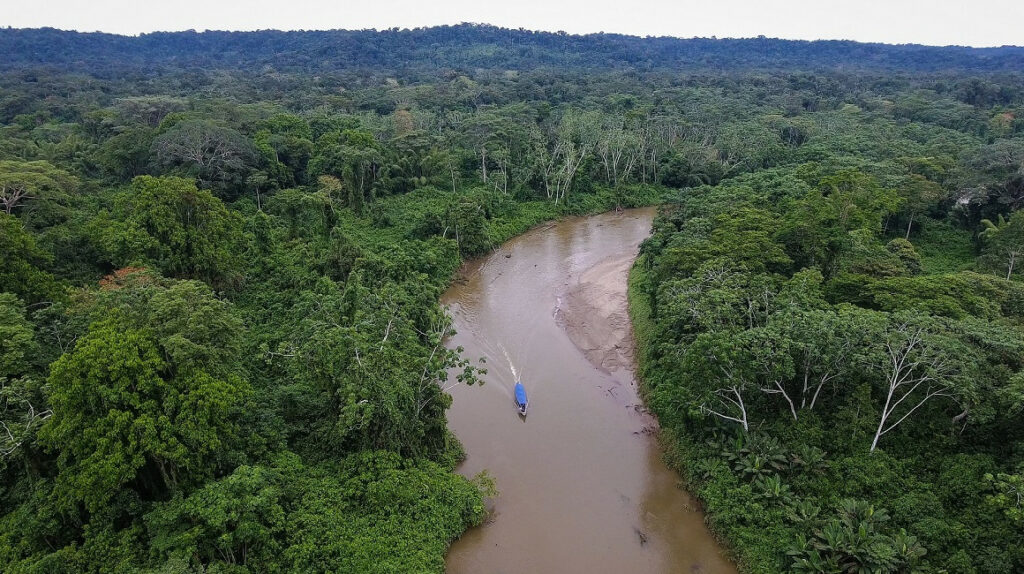 Panoramic image of the Amazon basin of Ecuador.

The Amazon is ancient, it has giant trees like the red Angelim, and others submerged in the water of the Cuyabeno River. It is also home to otters, dolphins, and other impressive mammals such as the cougar and the panther.

Experts call it the lung of the Earth, although due to deforestation and other climatic vicissitudes, this ecosystem has lost its ability to absorb CO2.

Last year it was found that forest fires in Brazil produced 1.6 billion tons of CO2 , and healthy trees could barely absorb 500 million tons.

Ecuador’s Amazon basin represents 1.6% of the Amazon, and like its older Brazilian brothers, its forests are in danger.

“This document provides up-to-date information for those seeking to understand the changes in the Amazon,” says María Olga Borja, remote sensing analyst at EcoCiencia, a foundation that collaborated with the report in the country.

According to Borja, the report takes into account other vegetation covers that are no less important than the forests, such as the moors. In the Amazon, in the period from 1985 to 2020, there was a net loss of natural vegetation of 4%.

“Our goal is to report the losses of other ecosystems that are under pressure from human activities,” adds the expert.

Precisely, the accelerated changes in the Amazon are mainly due to human tasks such as agricultural use.

In almost four decades, 130,000 hectares of forest were converted to farmland or for cattle, an increase of 38.5%.

And at the moment, 14% of the land of the Amazon in the country is used for agricultural work.

Secondly, there are the construction of houses and infrastructure for oil, road and hydroelectric production.

Then more recent activities arise, such as mining, which multiplied its use of land 24 times from 2000 to 2020.

Provinces with the greatest impact

Another finding of the report is that the Ecuadorian Amazon basin has lost 56% of its glaciers since 1985. Few know that six glaciers are born in the Ecuadorian  Amazon : Cayambe, Antisana, Chimborazo, Cotopaxi, Carihuairazo and El Altar.

And due to climate change, 7,956 hectares of white mantle in the Amazon have become extinct in 36 years.

On the other hand, the report reveals that the province with the greatest loss of forests is Sucumbíos , with 184,000 hectares.

The situation in this province in the north of the Amazon is worrying, the authors of the report maintain, since agricultural use has increased by 190 hectares since 1985.

While in Orellana, more than 5,300 hectares of forest have been replaced by various infrastructures.

And in Zamora Chinchipe, the data shows that changes in the soil are caused by mining, an activity that has increased in the province in the last decade.

Borja clarifies that large areas of forest are deforested in the Ecuadorian Amazon every year, but much of it regenerates, although not always with a ‘quality’ forest .

For this reason, the report speaks of net deforestation, which is far from the real extent of what is lost in a forest.