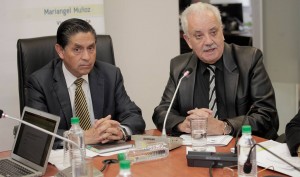 The prosecutor, Galo Chiriboga, explained the reasons why they attempt to file the Manduriacu case during the hearing at the Justice Commission of the Assembly.

When Assemblyman Luis Fernando Torres questioned about this intention, Chiriboga said that the position of the prosecution was to refrain the investigation of three alleged violations: embezzlement, bribery, and malfeasance.

Chiriboga said the Comptroller did not establish evidence of criminal responsibility for possible embezzlement in the case, that there is imprecision in the crime of bribery, and that malfeasance crime is a charge possible against judges. (I)

Labor reform in Ecuador will have 5 critical points