Ecuadorian bananas, a leader in the Russian market 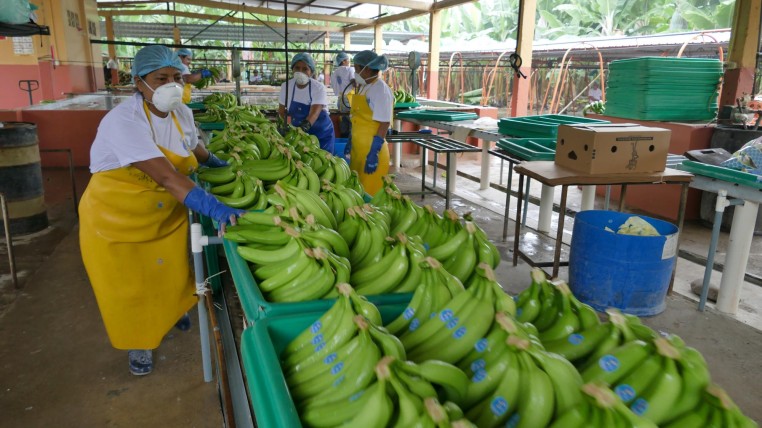 Ecuadorian bananas do not have competition in Russia, where they can drink up to 94% of the market, and Ecuadorian exporters are even determined to reinforce their already overwhelming leadership, as they said at the World Food Fair 2017 today in Moscow.

“We aspire to continue strengthening our presence here. Russia is a significant and strategic country for us,” said Richard Salazar, director of the Ecuadorian Banana Exporters Association (Acrobanec).

“Russia accounts for about 24 percent of Ecuador’s total banana exports,” said Salazar, who stressed the importance of the Russian market for his country.

Ecuadorian ambassador in Moscow Julio Prado Espinosa explained that despite the current dominance of the Ecuadorian bananas, “with the signing of the memorandum we want to consolidate banana exports to Russia, and also increase that flow.”

“Between 92 and 94 percent of the banana market in Russia is hoarded by Ecuador. We expect to grow a 3 percent this year. We must highlight that both in sales and in business volume have skyrocketed,” he added.

Prado Espinosa said that Ecuadorian bananas have managed to maintain and continue to grow in Russia “despite the crisis in the banana market worldwide, due to the oversupply of producers.” (I)