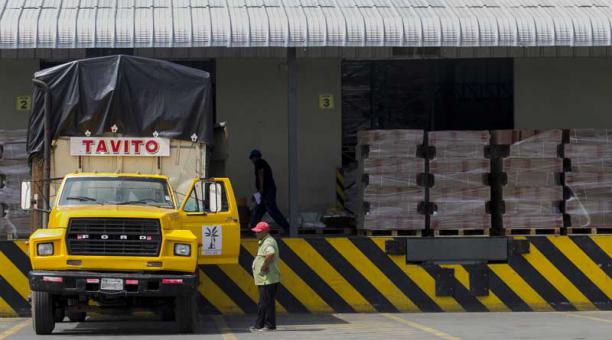 After two decades of phytosanitary barriers imposed by Brazil on Ecuadorian bananas, on Tuesday, May 22, 2018, the first shipment of fruit was received on Brazilian soil.

It arrived at a São Paulo port on May 18, and became a milestone for national exports. The Ecuadorian company Tropical Fruit Export S.A. sent a container with 1,144 boxes of 19.4 kilograms each.

The banana brand that goes to Brazil is Selvatica, one of the 15 that manages the firm. The exporter is ranked ninth in the sales ‘ranking’, according to the Ecuadorian Association of Banana Exporters (AEBE). Between January and February of 2018, it sold 1.4 million boxes.

The general manager of the company, Oswaldo Menéndez, considers that the opening of this market represents an interesting opportunity to regulate the export market in times of low sales in the Northern Hemisphere.

In this time, the Southern Cone has lower temperatures and there is more demand for this tropical fruit. With Brazil, there is a market of 200 million inhabitants.

“It is not a time of crisis. They are the consumption curves that nobody can change. But if in these lower times there is an outlet for fruit, even if they are not the highest prices, stability in Ecuadorian production can be assured. ”

Menéndez still calculates how much could be sold. The process has just begun and the reaction of the Brazilian consumer must be awaited.

According to AEBE, during 2017 the country exported 326.4 million boxes among its different destinations, which represented an increase of 2.29% in relation to the sales of 2016. In addition, as of June 25, 2018, with the signature of the Agreement of Inclusive Economic Association with the EFTA, the fruit will enter without tariff.

After 20 years of negotiations, the Ministry of Foreign Trade and Investments announced on December 13, 2017 that the Brazilian market had been opened for bananas and shrimp, which had not entered for 18 years.

Menéndez maintains that after the news, the importer was the one that contacted them directly; it was the Brazilian Davika, a company that is mainly dedicated to the purchase of beer but has contacts with supermarkets.

The talks began in February of this year and, the following month, a representation of Davika came to the country to tour the farms, the packing house and learn about the product. The company decided to send the cargo with the shipping company Mediterranean Shipping Company (MSC).

The container sailed on April 15 and took 20 days at sea. On May 7 it arrived at the port of Santos, located in São Paulo. It is a terminal that in 2017 handled 130 million tons. The shipping of the container took almost ten days, when the regular period is one or two.

“I imagine that being the first container we were going to be under the magnifying glass,” says the manager.

The exporter had the phytosanitary tests, carried out in a laboratory in Quito, without incident. The delay was due to a lack of speed in the approval of the procedure. The Southern Cone is the sixth export market for Ecuadorian bananas.

In February of this year 2.32 million boxes were exported to this block, which represented 8.20% of the total national sales.

Ecuador sends fruit to Chile, Argentina and Uruguay. However, the main destinations are the European Union, Russia, the Middle East and the USA.

During 2017, the country sold 260.1 million boxes to these destinations, which represented 80% of total sales. Eduardo Ledesma, director of AEBE, considers this opening positive because it will allow producers to market a significant number of boxes that have stopped exporting to the United States.

For Ledesma, this opens the doors for other companies with similar plans, such as Sabrostar Fruit and Firesky. Tropical Fruit will send another container to Brazil in 15 days. It works with 40 farms and more than 20 producers. The majority is located in Guayas and Los Ríos. (I)

Paulo Proaño Andrade: “BanEcuador delivers up to 70% of what the farmer needs”