Ecuadorian cocoa: The shine of the gold seed shines in the field

Two days of euphoria for cocoa. Between yesterday and Tuesday the ton increased by $ 166.5. There is no better news for producers, mostly small, owners of the almost 600,000 hectares cultivated in Ecuador until last year. 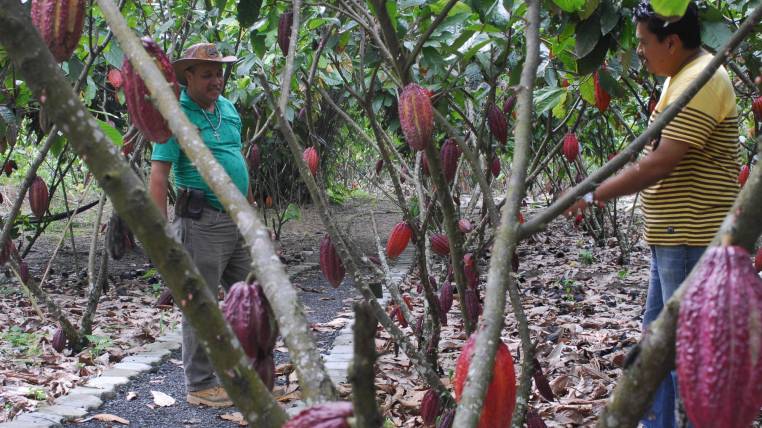 Ecuadorian cocoa: The shine of the gold pepe shines in the field

Yesterday the gold pearl shone again on the New York Stock Exchange, after closing at 2,673 dollars (2.04% more than a day earlier) and took the quintal in Ecuador to 105 and 107 dollars in retail and wholesale stores of the cantons of the province of Guayas.

This is a detail not less for all the provinces of the Coast, since the crop is in almost all the cantons and extends every day more.

According to the Survey of Surface and Continuous Agricultural Production (Espac), of the National Institute of Statistics and Census (INEC), the production of 2018 was 235,000 tons, but exporters estimate that by 2020 Ecuador will become the third largest producer of cocoa (only below Ivory Coast and Ghana), with some 400,000 thousand metric tons, with which it will surpass Indonesia.

Until 2017, between the two countries that produce more cocoa in the world, they harvested about 3 million tons, Indonesia 290,000 and Ecuador 270.00, according to FAO data, although they do not coincide with national statistics (from INEC). Cameroon, Nigeria, Brazil, Peru, Dominican Republic and Colombia complete the top 10 of the world’s largest producers.

The lands are still sown in the Ecuadorian Coast, but production is growing according to the years of the plants. Cocoa begins to generate ears before the third year after planting and grows until reaching the fifth or sixth year, at the top.

Productivity will depend on several factors: irrigation, fertilization and luminosity.

The provinces of Los Ríos, Manabí and Guayas are the main national producers. The five provinces of the Coastline represent 79.3% of the total.

The variety that is predominant in the new crops is the CCN-51, the one with the highest productivity and resistance to diseases such as the witch’s broom, but that needs annual pruning and a good dose of water to generate the greatest amount of flowers.

Exporters expect cocoa to remain around $ 2,600 per ton. This is the most important crop per area planted in Ecuador, double that of rice and corn, which causes expectation among farmers to sell or store their produce today. “Large buyers are artificially raising the price to take profits,” says a national exporter.

In the future, the price should be around $ 2,600 a ton, and those who are pushing for that to happen are Ivory Coast and Ghana.

Stock market, an option to invest from 500 dollars

Snack plant gives employment and does not generate waste