Companies, banks and exporters anticipate that the renegotiation plan proposed by the Government to bondholders will have positive effects on their activity. 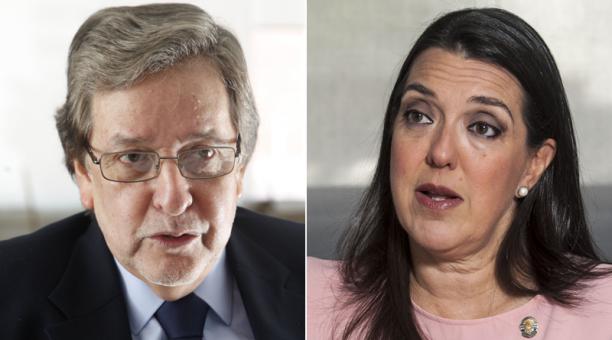 The Ministry of Finance announced on Monday that the debt restructuring will allow the maturities of these papers to be extended until 2040. Today, these bonds are due in 2030.

Annual capital payments will also be reduced. For example, debt service in 2021 falls from USD 1,593 million to 76 million.

If this materializes, one of the effects will be a progressive reduction in country risk.

That indicator decreased yesterday and stood at 2,760 points, 519 less than the day before Ecuador’s announcement.

A lower risk allows reducing the cost of financing for the State, but also for companies, exporters and banks seeking funding abroad.

With this, according to Valeria Llerena , executive director of the Red Financiera de Desarrollo, the possibility of obtaining fresh foreign resources from investment banking will open up, which are the main sources of funding for the sector. And this, in turn, manages to expand and reduce access to credit in the country.

The unions also hope that, with this relief in the debt payment flows , the Treasury will focus on measures that improve business productivity and sales, and not on a rise in taxes.

That will translate into greater certainty for companies , which can focus on generating employment through business, said Francisco García , head of the Chamber of Small Industry of Guayas,
Caterina Costa , president of the Ecuadorian Business Committee (EEC) , believes that a tool that can be promoted is the Investment Promotion Law, which contains incentives for the productive sector. This instrument, he says, could help improve the current “delicate” situation in the labor market.

With the resources that will stop being used to pay the debt, it will be possible to meet the payment of arrears, said yesterday the Minister of Finance, Richard Martínez .

In addition, according to the official, it will be possible to cover the highest expenses in the health sector demanded by the current health emergency and deliver bonds to the most vulnerable sectors. And also boost productivity .

Eduardo Egas , president of Corpei , hopes that the Treasury can meet other internal needs to restore competitiveness to exporters. For example, the State could begin to refund (‘ drawback ‘).

One could also choose to gradually lower the ISD and invest in promoting exports and attracting foreign investment .

But for José Hidalgo , director of the Development Studies Corporation (Cordes), the renegotiation must be accompanied by other measures, since while it represents relief, it does not solve all fiscal problems . Among them, adjust spending. Once the crisis is over, measures could be analyzed to seek more income, he adds.

Petroecuador is preparing to finalize the sale of 50 million barrels of crude, which will make possible a credit of USD 1.4 billion from China.

The state-owned company had issued a negative report on the operation because it will mean a loss of USD 119 million, as conditions are less favorable than those achieved in competitions held this year. Finance Minister Richard Martínez pointed out that it is necessary to have a comprehensive vision of the country’s situation.

And he said that without this operation, “the financing of the country will not be viable”, because at this time there is no market access or the possibility of achieving a rate of 6% or 9 months of grace as negotiated with China. If bonds were issued, the rate would be 40%.

Agreement until August, with IMF

Until August, a new program could be held with the International Monetary Fund (IMF), which replaces the agreement signed in 2019.

The Treasury expected USD 4.2 billion from the multilateral, between 2019 and 2021, but in March the agreement was suspended after several adjustments to the goals and after the agency identified that calculation errors were registered in various indicators. The country received three disbursements, for USD 1.4 billion.

For former minister Mauricio Pozo, the new agreement could be short-term. “It should be a ‘stand-by’ type, at 13 months, because this mandate is about to end and I do not think that goals are set for another government to meet.” The shorter the term, the lower the amount, Pozo said.

Internal debt will be restructured

Most of this amount corresponds to government securities in the hands of Social Security and the Central Bank, says Jaime Carrera, secretary of the Fiscal Policy Observatory.

He adds that the Social Security debt is not very transparent, but amounts to at least USD 8 billion.

For José Hidalgo, director of Cordes, there is little room to change the conditions of these papers, since a reduction in interest rates would harm Social Security returns.