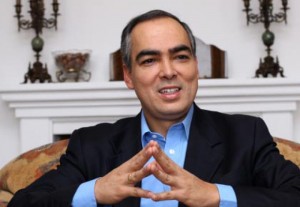 Last Monday there was an armed conflict between members of the FARC and the Colombian army in the mountain border with Ecuador. In the crossfire 14 guerrilla members died along with an Ecuadorian youth.

The National Army informed that specialized troops were present in the conflict with the support of the National Police and the Air Force who bombed the rebel camp located at 700 meters of the border, in a rural zone of the Ipiales district, in Nariño.

Ministry of Defense, Rodrigo Rivera explained, “this is a decisive strike against the Front 48, the group that generates the most resources of the FARC due to their drug dealings. With the collaboration of the Military Forces and the National Police, the attack was a success.” The youth who died was part of the terrorist group and during the attack he died because he couldn’t reach a hospital.

The FARC are the biggest rebel group in the country and are considered a threat to the United States and the European Union. The insurgent organization fights to impose a socialist order in Colombia, which has caused tensions between Ecuador and the Colombians as well.

The neighboring countries share a bordering land of 586 kilometers; this comprehends a great part of the jungle that is the battlefield of the armed group.

Immigrant Fund Would be Created