Ecuadorian Embassy Asks to Facilitate the Vote in Spanish Municipalities 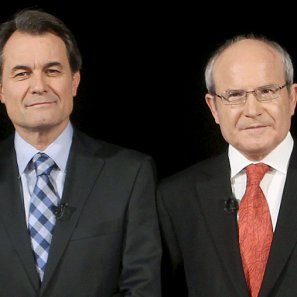 This Wednesday the Ecuadorian Embassy in Spain requested the Spanish authorities to avoid the obstacles that Ecuadorian immigrants will face in the country during the next Municipal elections to be held on May 22 of 2011.

Spanish diplomatic branch assured to have available information that reveals that compatriots and other foreigners may contribute so that they can subscribe in the electoral census.

Foreigners from countries like Ecuador have made treaties that would allow them to vote in the 2011 Municipal Elections as long as they are registered on the electoral census and have the necessary legal requisites. Such requisites are, according to the Ecuadorian Embassy, voters must have 18 years old, must not be deprived of their voting right, and have full five years living on Spain, with a residence permit.

The period for registration began on December 1, and would be prolonged until January 15 of 2011, but according to the different calls received by the Ecuadorian Embassy, it also requires the residency certificate within a period of 25 days, which means that this is out of the top date set for the registration of the electoral census.

Ambassador Galo Chiriboga addressed an urgent communication to the president of the Central Electoral Board of Spain, Antonio Martin. On his diplomatic letter it invokes a treaty subscribed on February of 2009 between both countries, regarding the electoral process for Ecuadorian residents of Spain, and for those Spanish residents that live in Ecuador.

Data from the National Statistics Institute and the Central Electoral Board, reveals that from the 395,069 Ecuadorians that live in Spain only 168,639 have the necessary vote requisites.