The Ecuadorian Episcopal Conference spoke on Wednesday, August 26, 2020 before the approval of the Organic Health Code (COS). The document shows concern about what they consider to be an “infringement of human rights.” 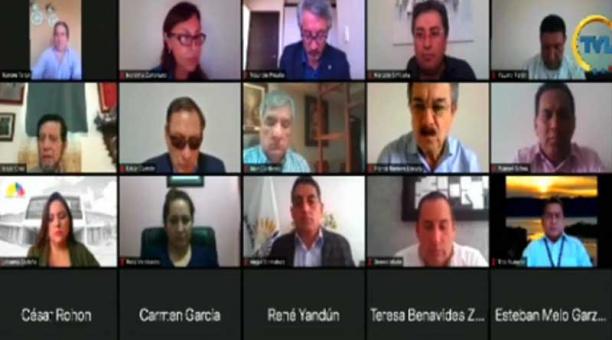 In a statement, the bishops made reference to the “right to life from conception, by promoting abortion , in an ambiguous or undetermined way, as an obstetric emergency (cf. COS, art 201). The true obstetric emergency occurs only when the abortion is in progress involuntarily ”.

In addition, there is talk of the “right to conscientious objection of doctors, by forcing them to intervene in cases of obstetric emergency for any reason”.

The legislators of the Health Commission , the table where the norm was worked on, have explained several times that the objective of this article is to guarantee care for a woman who arrives with an abortion in progress . The legislator for Santo Domingo de los Tsáchilas and president of the Commission, William Garzón, clarified that medical centers must provide care to anyone who enters this condition.

Another of the effects – according to the Ecuadorian Episcopal Conference – is “the right of mothers and fathers to educate their children, by approving the indiscriminate use of contraceptives by minors without their consent (cf. COS, art. 22 ), as well as by imposing ideological views of gender contrary to their ethical convictions and science ”.

The statement also speaks of the “right of women to full motherhood and the dignity of the human body, by allowing the hiring of surrogate or surrogate wombs, supposedly free of charge” and the “right to sexual identity, by allowing the assignment or change of sex at puberty stage, such as preventing the recovery of a sexual orientation ”.

The standard has 405 articles , 16 titles, 38 chapters, 21 sections, 10 paragraphs. And it has provisions: 25 general, 29 transitory, 18 reform and seven repeal. Among the important issues are the conformation of the National Health System , the medicinal use of cannabis , the endowment and supply of medicines, the regulation and control of processed foods and others.