Doctors will travel in the coming days in order to seek for the existence of any other Ecuadorian victims, besides the minor who was already found.

“In the coming days, Ecuadorian forensic doctors will travel to work in the identification of bodies along with Mexican forensics, it’s the only technical-scientific method there is left” said Pesántez on public radio.

District Attorney described the bodies’ recognition as a “mission impossible” due to the decomposition they have suffered.

“We’re gathering DNA samples from the found dead victims families in the lab” said the Attorney. 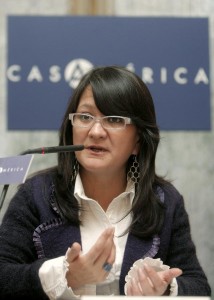 According to the Migrant National Secretary (Senami), the first identificated Ecuadorian victim was Telmo Llupa Chimborazo, 17.

Lorena Escudero, Senami speaker, said the identification was possible because Ecuadorian and Mexican DNA and blood lab samples were exchanged. She also mentioned the possible existence of five more dead Ecuadorians, but there are no specific details at the moment.

Escudero added the Ecuadorian survivor is now recovering at a hospital and he’s receiving Government’s protection as he was promised.

New Immigration Rates for The USA