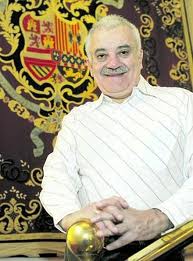 Over a hundred Ecuadorians attended the Senami branch in Madrid to learn about the contents of the questions in the referendum and the popular consult of May 7. Through a videoconference the Ecuadorians residing in New York, London, Milan, Caracas, and Quito expressed their opinions regarding the government’s proposal.

The Ecuadorian Ambassador of the Spanish capital, Galo Chiriboga, was in charge of performing the analysis of the referendum. The diplomat informed that the electoral process will be performed on May 7 as planned. Ecuadorian immigrants subscribed on March 7 to vote from 7 am to 5 pm. Chiriboga informed that several consulates have rented their space for these elections.

Despite that the immigrants situation are not exposed in the referendum and the popular consult, an issue came to light, the nationality of children born of Ecuadorians parents in Spain caused several claims. Immigrants expressed that this elections offer them a good opportunity to discuss such matter, since it concerns many immigrants.

Over 358 thousand Peruvians Will Cast their Election Votes