Ecuadorian Journalist Day, a date to remember the victims of violence and covid-19

This January 5, in which the Ecuadorian Journalist Day is commemorated, is a date to pay tribute to all communication professionals who lost the battle against covid-19, one of them, Augusto Itúrburu, sports journalist from El Telégrafo , who passed away in April of last year. 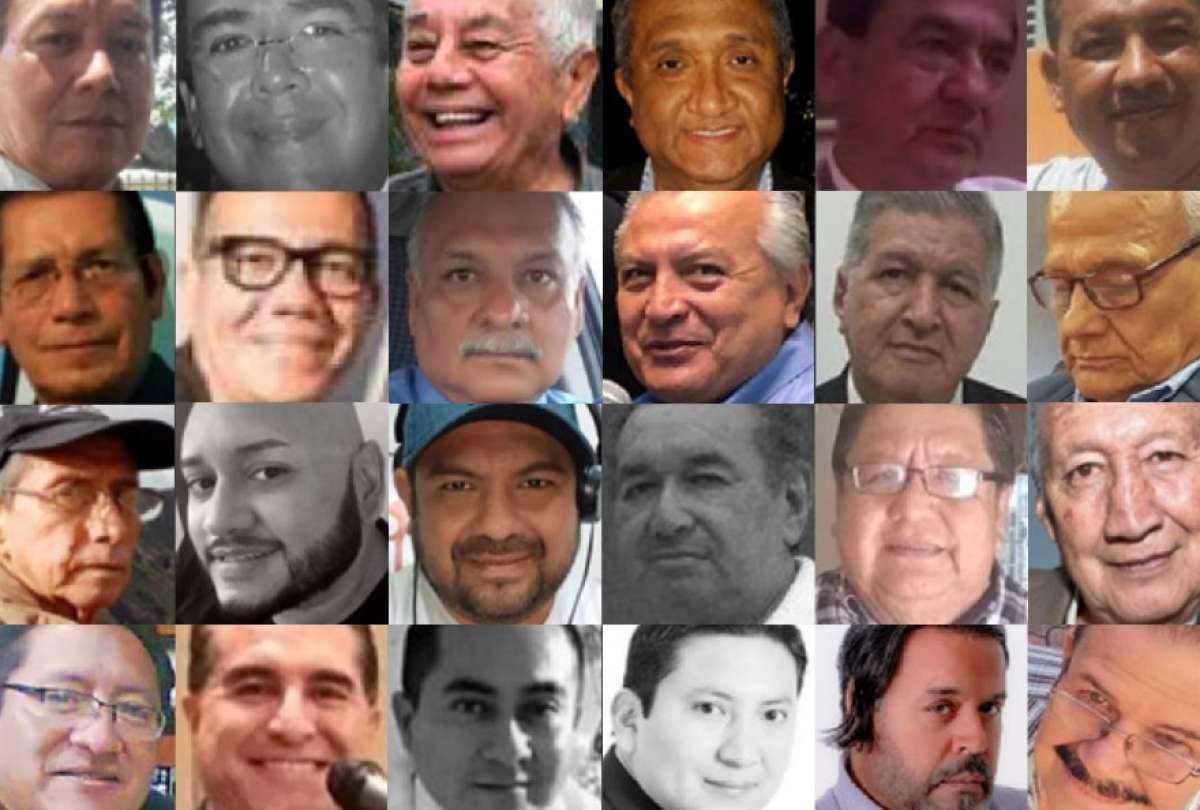 Ecuadorian Journalist Day, a date to remember the victims of violence and covid-19

But it is also a date to remember the journalistic team of the newspaper El Comercio , which was assassinated at the hands of dissidents from the Oliver Sinisterra front, in Colombia. We cannot forget their names (Javier Ortega, Paúl Rivas and Efraín Segarra), and the mark they left on the country and on their colleagues.

The journalist is that professional who has also been at the forefront of coverage related to the pandemic, and is still there, firm, in search of the truth.

In 2018, the Organic Law of Communication was amended and, in February 2019, the Declaration of Chapultepec was signed as a commitment to the international community after 15 years.

“As a government we will always defend the work of the free press,” said Lenín Moreno, noting that the signing of the declaration coincides with the promulgation in the Official Registry of the reforms to the Organic Law of Communication (LOC).

While on April 29, 2019, the Ministries of Foreign Affairs and the Interior, and the General Secretariat of Communication signed the agreement to create the Interinstitutional Committee for the Protection of Journalists and Communication Workers.

The chancellor at that time, José Valencia, said that “the Committee will enable mechanisms, alarms and find ways to prevent painful situations.”

Likewise, Valencia specified that this body was created in response to the events that occurred in Colombia, in 2018, where three members of the newspaper El Comercio were murdered .

But the agreements, committees, protection boards have not given all the support that communication professionals deserve, in terms of protecting their integrity in risk coverage, such as the protests of October 2019, when journalist Freddy Paredes was attacked by the protesters, and like the others who were held in the agora of the Casa de la Cultura, in Quito.

The Inter-American Press Association (IAPA) condemned “the attacks and arrests against journalists.” In its statement, this organization highlighted that more than 50 journalists, cameramen and press workers from different media and communication platforms were physically and verbally attacked by protesters and police officers.

A Unesco publication, in November 2020, indicates that the number of journalists murdered during the years 2018 and 2019 decreased by 14% compared to the previous biennium in Latin America and the Caribbean.

Despite the decrease, Latin America and the Caribbean register the highest number of homicides to these professionals worldwide with 31%, followed by the Asia and the Pacific region with 30%, according to a new report by the Organization of the United Nations for Education, Science and Culture.

The Communication Council, in a November 2020 publication, indicated that “it rejects all kinds of threats that any communicator has received, in the legitimate and professional exercise of journalism, stands in solidarity and undertakes to continue articulating, within the framework of its competences and in inter-institutional coordination, as well as the design and implementation of public policies that guarantee protection mechanisms towards the work of communication workers, encouraging the freedom of expression of diverse voices and perspectives, which strengthen democracy and coexistence in a society”.

In addition to the lack of protection to which the journalist is exposed, there is a well-marked labor gap between female journalists in relation to men.

According to a report by the Chicas Poderosas collective, there are journalists who work more than 40 hours a week for salaries of $ 400, most of them are women.

There is also very marked gender violence and the victims are young women and interns. They suffer workplace and sexual harassment, and trans and indigenous people are not represented in the newsrooms of the media. So it is difficult to think of reaching other positions within the communication companies.

Despite all adversities, the journalist by vocation will always be working to keep society informed. (I)

According to the Public Registry of Media of the Communication Council, as of October 20, 2020, in Ecuador there are 825 communication media between private, public and community registered; television, press, radio and digital media.

Guayas Medical Association asks that flights from Europe be suspended