Hand in hand and on foot. This is how a couple of Ecuadorian migrants arrived in the city of Yuma, Arizona, on the United States border. This moment was captured by the journalist Óscar Gómez and was broadcast on social networks from January 16, 2023. 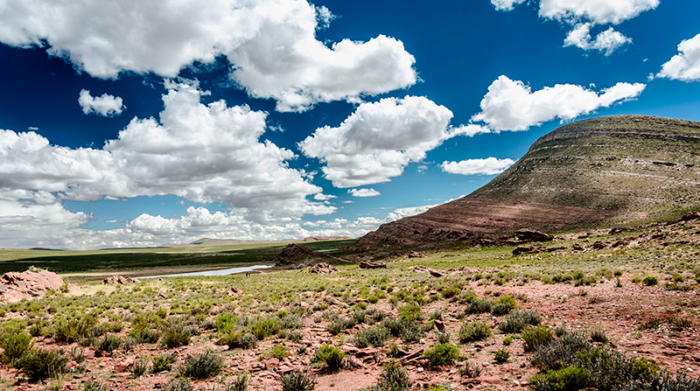 “Where are you from?” the journalist asked them, in unison the couple replied: “from Ecuador” . And how did it go on the road? Gómez asks them again. The Ecuadorians shake their heads in denial and the woman complements him: “speechless,” she says, and tears appear on her weary face.

“Getting here speechless,” repeats the woman. She continues and says that she just wants to get to the United States to which the journalist tells her that she is already in North American territory.

The woman said that they traveled seven countries to reach the United States and that the journey was “very difficult.” In addition, the man added that they borrowed considerably for the journey to American soil. “By telling him that I’m even indebted to my dog,” she joked.

The Ecuadorian spouses said that they have three children and that they left Ecuador to support them. “We are here for them and I am going to help my son to become a pilot; that is why we are here, because he has a dream. He is studying to be a pilot,” the woman said through tears.

From January to November 2022, it was recorded that 100,000 Ecuadorians migrated. For the researcher Jaques Ramírez, Ecuador is experiencing a second wave of migration.

Likewise, from January to June 2022, 10,527 Ecuadorians were detained at the United States-Mexico border.

Reports of Ecuadorian citizens crammed into houses or trucks in Mexico or disappearing in the desert have also been repeated.

This is the number of Ecuadorian ‘trolls’ activated in the campaign