Ecuadorian roses entered the United States’ System of Tariff Preferences (GSP). With this, this product –since November 1– enters the United States with a 0% tariff (before it was 6.8%), which contributes to improving its competitiveness in this important market. 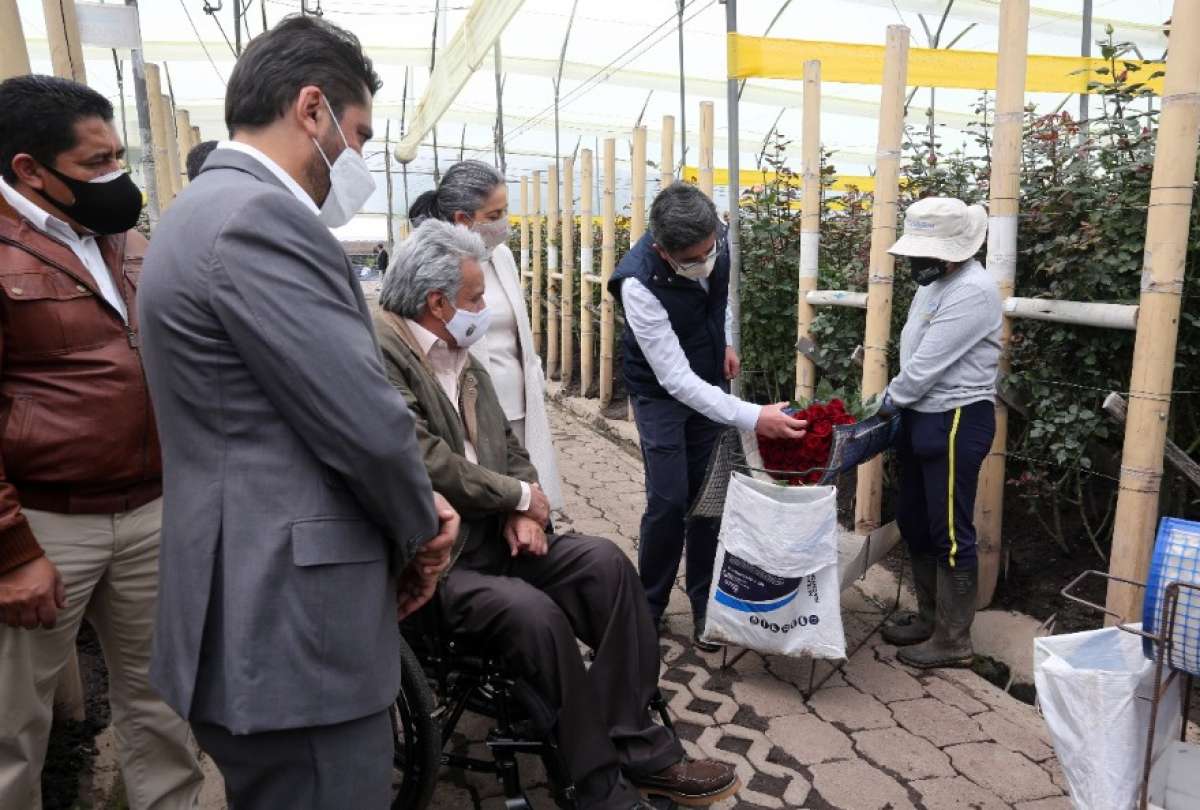 This was the announcement made by President Lenín Moreno, during a tour made this Wednesday, December 2, at the “Bella Rosa” flower shop in Tabacundo (Pichincha).

The visit was made together with Rocío González, president -ad honorem- of the Inter-Institutional Committee of the All One Life Plan, and Iván Ontaneda, Minister of Production, Foreign Trade, Investments and Fisheries. There they learned about the harvest and post-harvest sheds, the collection and packaging process.

“Our roses enter the US market paying zero percent in tariffs. That means savings of $ 24 million a year (…) and, with it, a great benefit for the country, especially for the 120,000 people who work directly and indirectly in the floricultural field; of these, more than half are women and people with disabilities, ”he said.

He also emphasized that Ecuador is the second country that most exports this product to the North American country, only surpassed by Colombia. Now, thanks to this commercial achievement, he stressed that “we will compete on equal terms.” In addition, he recalled that roses are a symbol of the country, as they have adorned international cultural and sporting events; and, also, they have served as inspiration to great artists.

Similarly, he highlighted that, in 2019, Ecuadorian roses were positioned as the fifth non-oil export product of the country. They generated revenues of around $ 650 million, thanks to being marketed in more than 170 countries.

“We will not stop working until we reach permanent agreements to export (…). Flower growers friends, you and exporters from all economic sectors always count on our support. The worst days are behind us, we are reactivating the economy at a steady pace, ”Moreno said.

In this sense, the President anticipated that a first-phase trade agreement with the United States will be finalized next week.

This will contribute to improve the conditions of Ecuadorian exports to this important market. In addition, it will generate new resources to inject into the national economy. He also announced that, through a virtual meeting, the president of Mexico, Andrés Manuel López Obrador, will be asked to specify the pending issues for the signing of a trade agreement with this country and the integration of Ecuador to the Pacific Alliance .

For the realization of this purpose, the rulers of Chile and Colombia, Sebastián Piñera and Iván Duque, respectively, have shown their firm support for the Ecuadorian Government.

For his part, Minister Iván Ontaneda stressed that this successful negotiation with the United States, one of the country’s main trading partners, aims to guarantee the sustainability of dollarization and the generation of new sources of employment. In this regard, he highlighted that 82% of Ecuadorian companies that export to the North American nation are MSMEs. “This is a tangible and real example of these favorable policies for the sector (…). New days are coming for Ecuador, we will continue sowing the future, “he said.

Along the same lines, he emphasized that despite the crisis and thanks to the work of national producers, Ecuador will be the only country in the region that will close the year “with growing exports.” He recalled that this triumph is due to the fruitful visit that President Moreno made to the United States, last February, where one of the proposed points was the inclusion of roses in the SGP. (I)