Ecuadorian tourist trips to Colombia increased by 663% in the first nine months of 2022, shopping and shows are the main attractions. 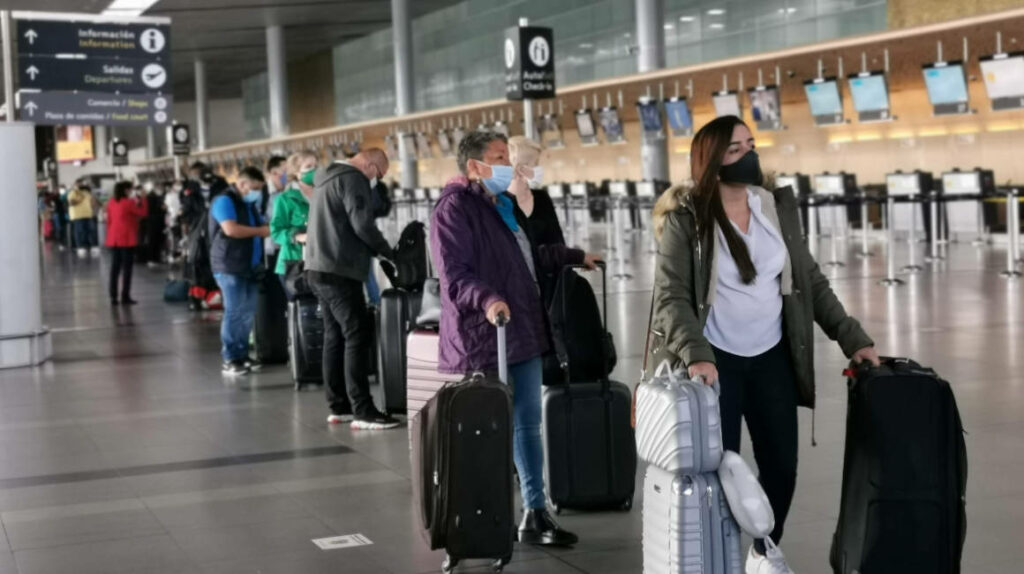 Reference image of El Dorado Airport, in Colombia, in 2021.

More than 136,000 tourist trips by Ecuadorians to Colombia are registered in the first nine months of 2022, according to data from the Undersecretary of Migration.

The most visited cities in Colombia are Bogotá, Medellín and Cartagena, reports the Migration office of that country.

The growth of tourist trips to Colombia is due to a series of factors, among them:

But the main factor that leads Ecuadorians to travel to Colombia is the devaluation of the peso and the appreciation of the dollar , an attraction for purchases.

This phenomenon means that tourists from dollarized countries have greater purchasing power in Colombia, that is, they can buy more or better goods and services with the same amount of money.

The Colombian peso has lost value in recent months due to global inflation and supply chain disruption. Added to this is the election of the first leftist government , headed by former senator Gustavo Petro.

Instead, the dollar has been strengthened by the increase in interest rates in the United States, to control inflation; and the accelerated weakening of other economies, such as China’s.

Despite the increase in Ecuadorian tourists, the flow of visitors arriving in Colombia from abroad is still below the levels prior to the health emergency.

In 2022, Ecuador has positioned itself as one of the main countries of origin of tourists arriving in Colombia.

Other countries that are on the list are the United States, Mexico, Peru and Chile, says the Colombian Migration office.

Negotiations of an FTA with Costa Rica advance