2020 was a difficult year for everyone. In the case of the  tuna industry , there were changes in the consumption channels, but even so, Ecuador held captive its markets in Latin America. 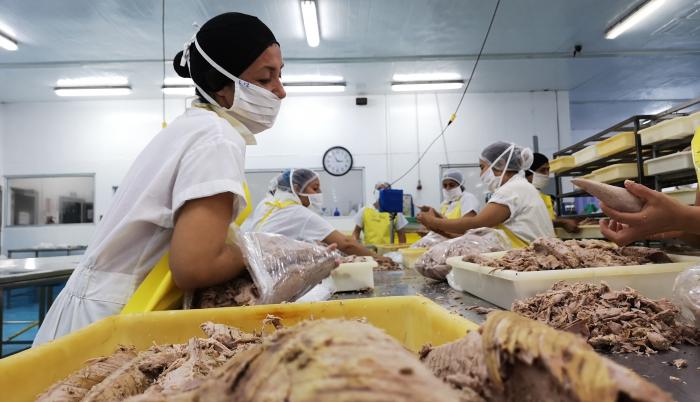 The president of the Board of the  Chamber of Tuna Processing Industries (Ceipa),  Gustavo Núñez Márquez, during the 10th Anfaco Tuna Conference presented the situation of the sector he represents, as well as its challenges.

From these data it is extracted that  Brazil, Argentina and Colombia  are the countries that have Ecuador as their main supplier, with 87.8%, 73.6% and 72%, in that order. And with less participation, although important, are Chile, Bolivia and Paraguay.

Although it exports almost 10 times more to the  United States than to Brazil, for example, our country barely represents 8% of the supply of that market, with a high consumption and a larger population in relation to other nations on the continent.

The representative of the industries points out that the main strategy is to specialize in products with high added value, sign commercial agreements, seek the internationalization of Ecuadorian brands and promote and disseminate the commitment to regulated and sustainable fishing.

The  Ecuadorian industry  demands 550,000 metric tons of tuna per year, but the national flag fleet can only supply 50%. The rest must be captured by ships of other flags.