Ecuadorian Union bets on Giovanny Andrade for the Presidency

Unión Ecuatoriana chose Giovanny Andrade and Katherine Mata as a binomial to seek the Presidency of the Republic. This morning, Saturday, October 3, 2020, both went to the National Electoral Council (CNE) to deliver the documentation. 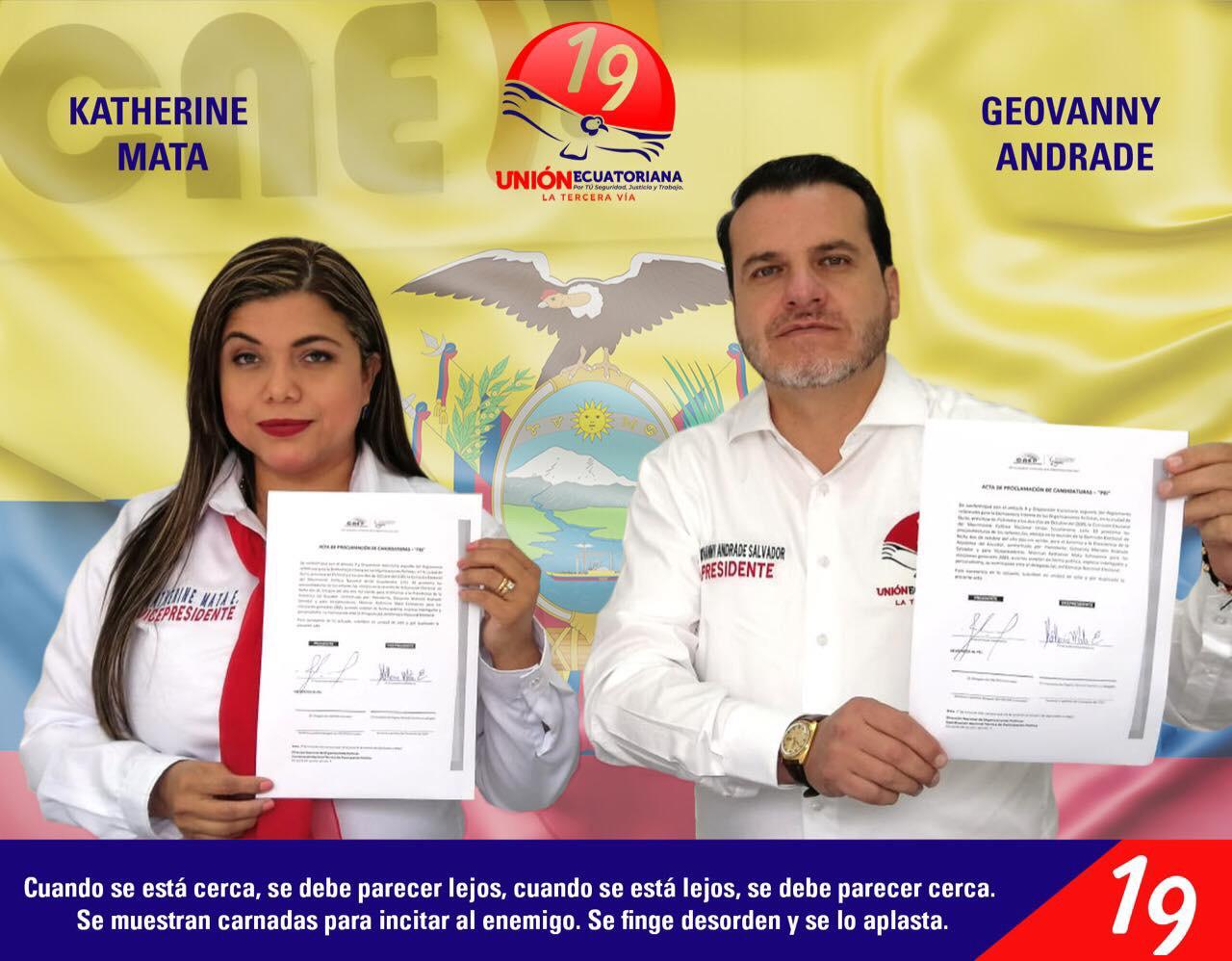 Ecuadorian Union bets on Giovanny Andrade for the Presidency

After 10: 000 both complied with the procedure . They attended with some of their supporters .

Unión Ecuatoriana reported that Andrade is a specialist in mining issues. He is also president of the Chilean Ecuadorian Mining Chamber and president of the Broad Movement for Democracy (MAD), which is not yet official.

First, Unión Ecuatoriana announced the candidacy of Washington Pesántez . In the Plenary of the CNE it was requested that this binomial remedy issues related to that candidacy .

However, this political organization chose to change their binomial. Now, the same Plenary, based on a legal report , will have to define if the change proceeds.

With Unión Ecuatoriana, there are already 11 pairs that have presented the documentation as part of the process for the registration of the candidacy.

Earlier today (08:30), Lucio Gutiérrez and David Noreno, from the Patriotic Society Party (PSP) also attended the CNE to deliver the documentation of their presidential candidacy.

Quinoa has a space in Family Farming month