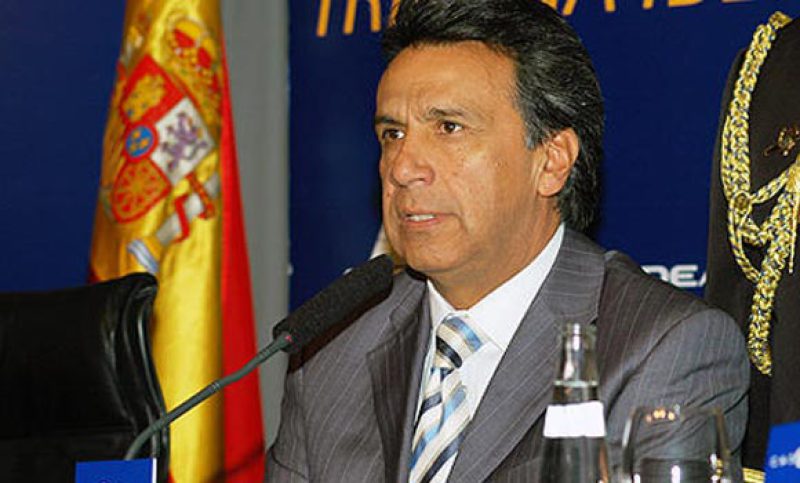 According to an interview made by Argentinian newspaper El Clarín, Ecuadorian Vicepresident Lenín Moreno admitted on Wednesday that he received proposals to become the new President and thus overthrow President Rafael Correa.

It happened last Thursday, while the President was still on the Hospital of the Police in Quito and Moreno was in Guayaquil. “They asked me at that moment if I was going to assume the Presidency and I said no, that’s scavenger, buzzard (…) The Citizen Revolutionship includes loyalty” Moreno affirmed.

The Vicepresident added that he believes that mainly people who disagree with Correa were the ones who suggested him to take over the President’s seat. “They’re comments one always listens ‘Vicepresident, take the chance’ people often say”.

Lenin Moreno stated that it was indeed a coup. According to him, the President was indeed kidnapped because it wasn’t safe for him to go out of the building. “We were permamently talking, the President and I, and he was giving orders normally. Then, there wasn’t any reason to take over the Presidency. At that moment I told the President I was considering making a Press Conference to publicly notify him my support”.

The Vicepresident, however did not give names on the people who suggested him to help overthrow Correa, and denied Lucio Gutiérrez, former Ecuadorian President and opponent of Correa’s government, to be among the ones who wanted Moreno to become President. According to the digital version of El Clarín, Moreno affirmed there was a very explicit intention of murdering the President outside the Hospital. The Vicepresident says there were snipers outside the Hospital where Correa was being taken care of, waiting for him to come out and kill him.

Moreno said he does believe that supporters of Lucio Gutiérrez were present to plan the overthrowing of the President. “There were flyers calling for the coup.” said Moreno, who also added people were cheering Lucio Gutiérrez and some cops even compared Correa’s government and said Gutiérrez was a better President than Correa is.