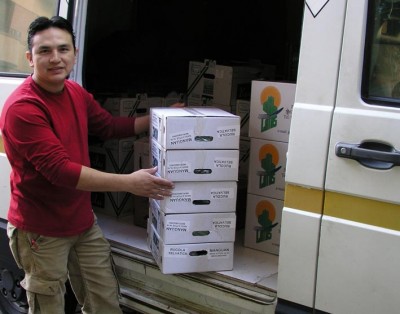 Ecuadorians have begun to catch up the Spanish labor market, after the Social Security accounted for 71,662 persons of that nationality employed in July, 8.1% more than in January.

Since the beginning of 2016, the number of Ecuadorians in the labor market has raised, establishing an upward trend during the first seven months of the year.

In January, the Social Security reports the existence of 66,265 Ecuadorians employed; in February, the number increased to 66,408 and in March the figure stood at 66,865.

From April, growth has been more noticeable, because in that month Ecuadorian affiliates totaled 67,929; in May that number reached 69,191, while in June and July, the figures were 70,077 and 71,662, respectively.

The situation, however, remains delicate for Ecuadorians, a group of foreigners affected by high unemployment rates since the housing bubble exploded in 2007, triggering a crisis whose effects are still noticeable in the Spanish society.