Four days after the Ecuadorian visa to Mexico comes into force, the movement of travelers and controls at the international airports of that country increase. There are Ecuadorians held. 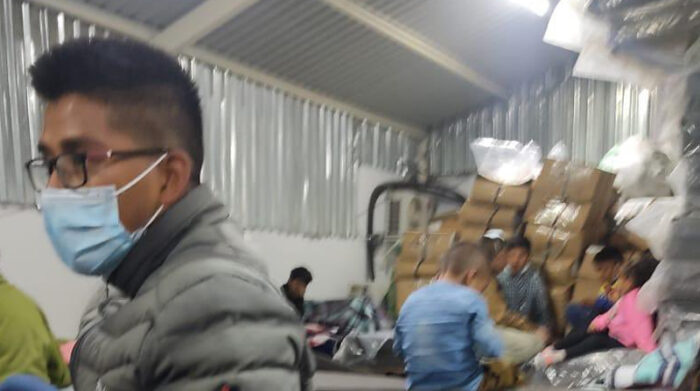 According to information from several Azuay relatives, there are more than a hundred compatriots who have been detained in Mexico in the last three days.

According to information from several relatives of Azuay, there are more than a hundred compatriots who have been detained in the last three days, when they disembarked at the Monterrey International airport in tourist conditions.

In this group there are grandparents and mothers with minors who spend the night crowded together, without the physical distancing demanded by the health emergency caused by Covid-19. They fear contagion of the virus. Some rest on the floor on sponges or blankets.

“We don’t have food,” Antonio, 14, told his aunt, who lives in the Azuayan canton of Sígsig , through a phone call.

They have been detained, because the immigration authorities have doubts about the true purpose of the trip.

Some like Antonio have managed to communicate with their relatives and others have not. Among them, telephones are also lent to reach their relatives with a message. In the group there are people from the provinces of Azuay, Cañar, Loja, Chimborazo and Morona Santiago.

Until the morning of this Tuesday, August 31, 2021, zone 6 of the Ministry of Foreign Affairs and Human Mobility had no information about this situation. “They have not communicated anything to us,” said the coordinator of the area, Ingrid Ordónez.

According to her, the Consul of Ecuador in Monterrey has not informed them of this matter nor have relatives come to request help. “Every day we have cases of unaccompanied minors who are found crossing the border, but not from Monterrey.

But Ordóñez knows of another fact that triggered the announcement of the visa: these days Ecuadorians are traveling to the neighboring country of Peru to buy flights to Mexico, because in Ecuador they have been exhausted for a week. “That novelty we met last Friday.”

So far this year, a weekly average of 135 migrants have been deported from the United States, according to data from Human Mobility. Most are detained by the border patrol in undocumented conditions or have surrendered to immigration.

These flights arrive every Friday only with deportees and with the maximum capacity that the planes have. There are times when two flights arrive, as happened on Friday, August 27. A flight arrived with 135 migrant families and another with 65 with adults in general.

So far this year there is also the record of 35 missing migrants on the North American border, of which 20 have been resolved, found alive or dead. There are also 35 deaths, the majority crossing the border and a few who lived in the United States in destitute conditions.