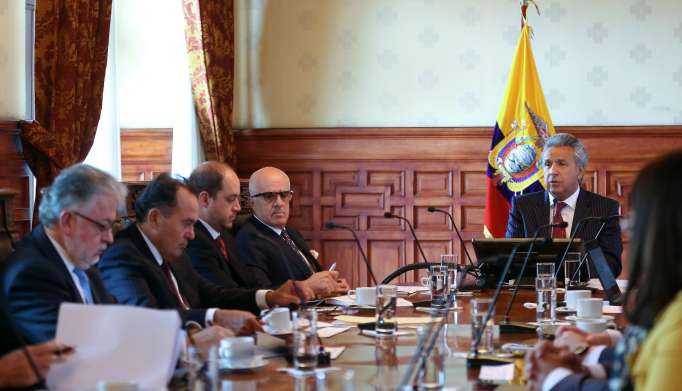 The Association of Private Banks of Ecuador (Asobanca) called for the withdrawal of the draft Law on economic matters called the Organic Law for Economic Reactivation, Strengthening Dollarization and Improvement of Financial Management. The president of the association Julio José Prado said that after a technical analysis, the Association finds several threats to the national economy and, in particular, to citizens.

This is despite the fact that within the Law there was a title destined for the banking to be the one that manages the promotion of electronic means of payment, among them a product called electronic wallet

To say of this association, the law whose first debate in the Assembly concluded this afternoon, even with the changes and observations to which it has been subjected, does not fulfill the objective of reactivating the national economy.

The bank refused, among other issues, to transfer the liquidity of the national economy to the private financial sector. For Prado, the liquid reserves of the private financial system are intended to guarantee their own depositors, in addition to “attend their foreign trade operations,” said the executive who said that the Central Bank is the only one called to control and provide liquidity. the national economy, hence this rule would be even unconstitutional.

According to Prado there are measures that would generate a risk of unbanking. The imposition of a cash withdrawal payment at the window limits the freedom that every citizen or company has to manage their resources, he says.

The bank also makes repairs about the competition of the credit information that would be delivered to the Superintendency of Banks and that would stop being handled by the credit bureaus. Asobanca, says this would turn the authority into a judge and a part, being at the same time the one who controls and provides-monopoly like- of credit reference services.

During the first debate of the Law, several “Alianza Pais” Assemblymen had proposed that the electronic money remain in the hands of the  Banco Central even though this was one of the main changes proposed in the law. (I)