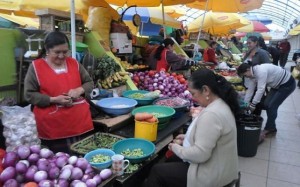 The Central Bank of Ecuador (BCE) predicted that the Ecuadorian economy would grow 1.9% this year, a lower figure than 3.8% it could expand last year.

The Ministry of Finance estimated a growth of 4.15 for 2015. However, in the first quarter it stood at 3%, according to the latest statistics presented by the BCE.

In the first three months, the Ecuadorian economy has a volume of 24,819.81 million dollars, far more than 24,584.85 billion the Gross Domestic Product (GDP) reached -from January to March 2014-. That, in current terms (without taking into account inflation).