More than a dozen institutions, including several that handle public funds, are among those affected by the millionaire debts and unpaid securities issues of the companies Ecuatoriana de Granos SA Ecuagran and Delcorp SA, whose partners and administrators are no longer in the country. 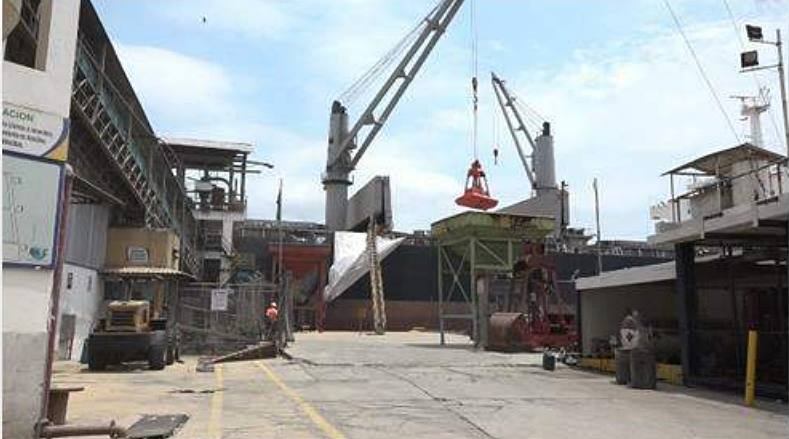 Each of these companies issued $ 15 million in October last year, that is, a total of $ 30 million, for a maximum of five years on the stock exchanges, an operation authorized by the Securities Administration. It was the sixth broadcast for each one and they have not yet finished canceling the quotas from previous broadcasts.

Both are related through their shareholders, because they give loans and sell to each other, according to their audited balance sheets and the reports of the risk rating agencies, which issued their opinion so that their values ​​circulate in the market.

They also maintain millionaire debts outside of these issues with banks, international suppliers, for the commercialization of invoices and for other contracts. In fact, in their issuance prospectuses they contemplated paying these debts with what they raised from the market. His backing was his mortgage-free assets.

But at a meeting held last May by the bondholders of Delcorp’s VI issue, the Teaching Unemployment Fund attended, which had bought $ 2.1 million in bonds, Banco del Austro $ 5 million, Biess with $ 1.7 million and Seguros Sucre with $ 1.3 million. In total just over $ 10 million. In April, a meeting had already been held for the VI issue of Ecuagran.

New meetings will be held next week to analyze the situation of arrears. In fact, this Friday an extension that was agreed upon by the V issue of Ecuagran with the bondholders last April expires. Payments to investors are made quarterly, capital and interest are paid.

THE UNIVERSE learned that Gad Goldstein Valdez, main shareholder and president of the companies; Enrique Weisson Accini, manager of Ecuagran, and Xavier Huerta Egüez, manager of Delcorp, left the country in the middle of last month. An interview with their representatives was requested, but until the closing of this edition it could not be specified.

After some shareholder changes carried out on August 4, Ecuagran’s main shareholder is the Delcorp company, with $ 11,008,184, that is, 92.4% of the capital. Until then, a total of $ 9.4 of those $ 11 million was held by the Delax Mercantile Trust, which was dissolved, so all the shares were transferred to Delcorp SA

In August, the shareholders of Delcorp SA, whose capital amounts to $ 7 million, also changed. The GADAC Mercantile Trust was dissolved because the conjugal partnership that Gad Goldstein had with María Beatriz Alcívar Pino was terminated, which consisted of $ 4.6 million of shares of that company. These passed to Goldstein, as well as 4 shares owned by the company Corpofelsa SA The other shareholder, according to the Superintendency of Companies, is the New Zealand company New World Trading Investments Limited with $ 2 301 474.

According to documents obtained by this newspaper, this company was eliminated from the New Zealand company registry on July 1, 2018. Its director was Geoffrey Cone, based in Uruguay. In January 2018, this company gave a final power of attorney to Alejandro Paulson Tama to act in Ecuador as its representative, since then that power is the one that has been presented to the Superintendency of Companies.

Paulson Tama was the majority shareholder and manager of Fertisolubles, the group’s fertilizer marketer. The other shareholder was Enrique Huerta, with one dollar of the $ 800 capital. On July 31, this company also changed owners. Paulson transferred his 799 shares to Delcorp SA and Huerta his only share to Gad Goldstein.

On August 14, the international supplier of agricultural products, the Panamanian Luzar Trading SA, sued Ecuagran in a civil court for breach of pledge contracts. According to Ecuagran’s balance sheets, until 2018 it owed $ 9.7 million for the purchase of wheat.

According to the Ecuadorian Association of Millers (Asemol), due to this demand, the dispatch of wheat that is in the silos of Ecuagran has been prevented and that would amount to 12 thousand tons of wheat. Asemol assured that this wheat is from nine mills, so they are asking the courts to lift the order. “If the dispatch of this withheld wheat is not carried out, a large part of the milling sector will be forced to paralyze its operations,” the statement said.

In addition, an attorney for Luzar Trading sued Goldstein, Weisson and Huerta for fraud. The investigation is in charge of the Public Prosecutor’s Office in Guayaquil. (I)