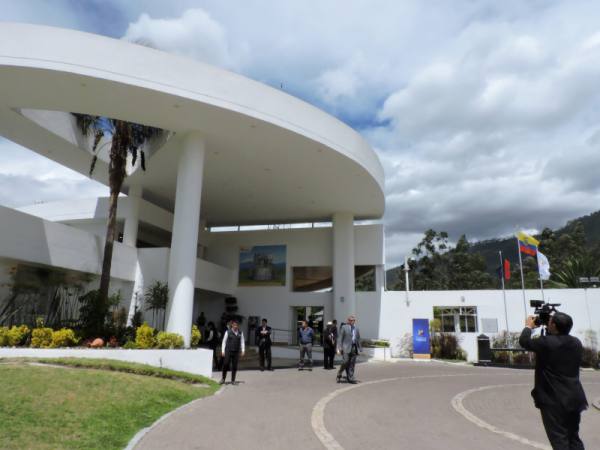 More than half of the public money allocated to the  Secretariat of Intelligence ( Senain ) is secret. In 2017 alone, this agency executed a budget of $ 50.8 million, of which 84.3% went to special expenses;that is, in the terms of its regulations, “to intelligence and counterintelligence activities for internal protection, the maintenance of public order and national defense.”

According to the  accountability of Senain last year were assigned to special expenses (also called secret expenses) $ 42.8 million; while for current payments, $ 7.9 million.

Since its creation in June 2009, this Secretariat has been questioned, especially by opponents of the administration of   Rafael Correa , for carrying out alleged tasks and strategies of espionage, intimidation and persecution of politicians, journalists and even government officials.

One of the tasks financed with special expenses was the 30-S Commission (2013-2014), chaired by Carlos Baca Mancheno , who currently serves as attorney general.

The payment to beneficiaries and contracts made with these funds have been reinforced by the reservation granted by the Public Security Law, which provides that the Senain can only render accounts, in a reserved manner, to the Executive and every three months to the National Assembly and the Comptroller’s Office

The former ruler Fernando Bustamante, who headed the International Affairs and Security Commission, explained that the Senain complied with its quarterly report before that table, but excused itself from commenting on the content of those appearances, due to secrecy. “The Commission could not act as an accounting judge or prosecutor, the responsibility was political,” he said.

The exclusive power to audit those expenditures is exercised by the one who exercises control, the Law stipulates. This means that only Carlos Pólit and Pablo Celi have seen in detail the reserved reports.

However, after the disclosure of a secret report with indications of criminal responsibility for the arbitrary handling of special expenses, which includes Carlos Baca for the payments of the 30-S Commission, the   Comptroller   He resolved to audit himself. Celi ordered a special examination to verify what happened to the quarterly reports of the Senain .

From Miami, where he is a fugitive, Polit said that there are other audits of special expenses that were even reviewed by Celi (who was his subcontractor ) and who now do not appear in the Comptroller’s Office. He gave as examples the Commission of September 30 and another, also with criminal evidence, which states that the Senain would have financed polls of a political nature. Since 2008, more than $ 300 million has been spent on reserved funds, he said.

To date, the only available audits of the Senain have to do with the acquisition of goods, transport and surveillance services, and hiring of personnel. And the secret expenses? Pablo Celi prefers not to advance criteria until he concludes his special examination that has no date or deadline. (I)