Electoral schedule has already started with two procedures for voters

The National Electoral Council ( CNE ) has not yet defined the budget for the 2021 elections, nor the modality in which the vote for the covid-19 pandemic would be exercised . However, already at the time for two activities of the calendar . 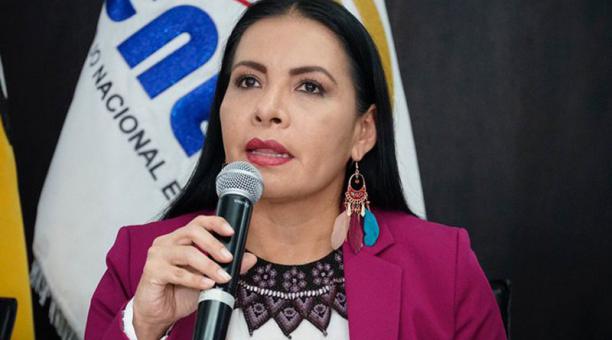 Diana Atamaint, president of the CNE: “Electoral schedule has already started with two procedures for voters”

Until next June 14, the change of electoral address will be allowed for voters and the appeal of those who appear in the passive registry.

Diana Atamaint , president of the CNE , explained that the change of address is the activity with which the electoral schedule began. This time, due to the restrictive measures due to social distancing, there will be no brigades in the country to make changes of residence.

The CNE enabled a virtual mechanism for requests. Until 10:00 yesterday, 3 531 approved requests were registered. Guayas is the province in which the most requests have been processed (1,309).

There were also 650 requests that are pending review and another 373 that were rejected. In these cases, according to Lucy Pomboza , National Director of the Electoral Registry , there are advisers in each province who communicate with users to assist them.

One of the steps to complete the change is printing a form. The interested party must sign it and then scan it or take a photo of it. Along with this file, you must upload a photo of the basic service form to the platform , plus another photograph bearing the ID.

Infographic with the steps for the virtual change of address for the 2021 Elections.

These steps are inescapable, according to Pomboza, because they allow the data to be corroborated. The delegations of the CNE of the cantons in yellow traffic lights will attend this type of procedure. If you cannot print the form or upload the files, the process must be in person.

Foreigners may also make the change of address. They must be registered in the 2019 register. According to the CNE , the registration of foreigners who wish to vote is currently only carried out in person. It is planned to enable a virtual mechanism from June 4 next.

The electoral reforms approved by the National Assembly contemplate the purging of the electoral roll. As of the publication of the reforms in the Official Registry (February 3, 2020), the CNE had a term of 120 days for this process.

This register will be published next Monday, called the passive registry, which will include those who have not paid in the last four electoral processes. This excludes those who are part of the optional vote.

Starting on Monday, those who appear in it, will have until June 14 to appeal, in case they want to vote in 2021. For that procedure the only requirement will be the identity card.

The Plenary of the CNE met yesterday, May 28, 2020. The vice president, Enrique Pita , asked that the memoranda with which he insisted that the voting mechanism be addressed by 2021 be taken into account.

“Working with regulations first and then taking a decision on the proposals that have been put forth will cause those regulations to have to be modified for that type of voting,” said Pita.

In plenary there are two proposals, one promoted by the majority led by Atamaint, who promotes a day of between two and three days. The other, from Councilors Enrique Pita and Luis Verdesoto , is Internet voting .