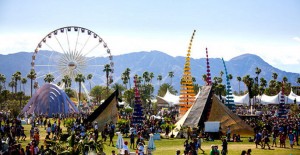 Coachella has become a gateway to the rich and famous, making the festival lose its essence

The Coachella festival is held every year at the Empire Polo Club Indio, California, and lasts 3 days. This musical event was born in the late 90s and is characterized by the presentation of alternative rock bands, indie, hip-hop and electronica.

In recent years, the festival has been invaded by celebrities, which has caused you to lose its originality, by increasing ticket prices, giving an elitist twist.

“Acclaimed early last decade for his free spirit, now Coachella is a weekend house in a walled enclosure an innovative music festival” emphasizes the Los Angeles Times about what is currently living this festival.