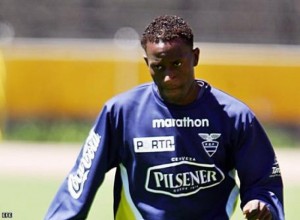 The blue team is calculating its points, after obtaining three more for defeating Deportivo Quito with a score of 2-1. This achievement keeps alive the illusion of winning the second season as leaders, without having to play the two finals.

Euphoric players and fans alike celebrated the triumph over Deportivo Quito, which gets them closer for the qualification of Copa Libertadores 2011. During the minute 88 of the match Jaime Ayovi scored the second point. However on the first 25 minutes of the game, Emelec had trouble performing on the field, but thanks to a free shot of teammate Luis Saritama, the shooter Marcos Elizaga scored the first point of the match.

The second half of the match was harder until the lasts minutes, due to the change of players, which included the participation of Ayovi, Emelec strengthened their offensive and during the minute 44 of the match he managed to score the victory goal thanks to a pass of Joao Rojas.

Currently the blue team are on third place of the National Championship, the leading team is Liga de Quito with 42 points, followed by Deportivo Cuenca with 38 points.

Barcelona and Liga Ended the Match in a Tie