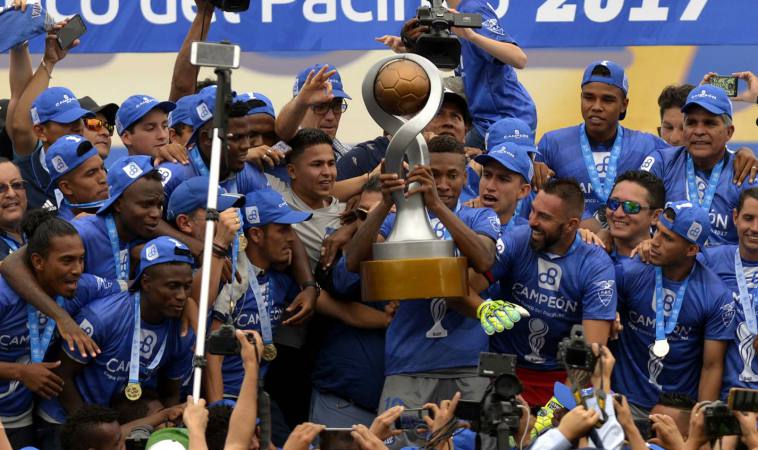 Emelec consecrated this Sunday the Ecuadorian soccer champion with his 0-2 triumph over the Delfin in the Jocay de Manta stadium. Ayrton Preciado, with a header, put the power up in the 44th minute and increased the overall advantage of the Guayaquil players who won the first game 4-2.

With a successful formula in the final, Emelec got the advantage at a key moment because the rival besieged him throughout the first half.

In fact, the cetaceans dominated, but they were not effective in the definition. In three minutes Delfin missed the opportunity to score the two goals he needed to be a champion. But neither Joao Paredes, substitute in the match of the injured Carlos Garcés, nor Jacob Murillo, could connect the ball in front of Esteban Dreer’s goal when they arrived after two flush passes between the bands between 25 and 28m.

When it seemed that the local team was closer to opening the scoring, it was Emelec who took the lead with the free kick that Fernando Luna, a center to the area where he headed without a mark Preciado. For the second time the coach Guillermo Sanguinetti ordered the income of Luis Chicaiza and Brayan Oña, but the attack of the cetacean did not improve.

Rather, Brayan Angulo, at 64m, eliminated all hope of the Dauphin and unleashed the euphoria of the electric followers. He took advantage of a bad rejection in midfield and the ball that was left was passed over defender Jhon Chancellor, won the race and faced only goalkeeper Pedro Ortiz to define the side, which sentenced the series and gave the title 14 to Emelec.

The Paraguayan Francisco Silva is low confirmed in Delfin for the final lap due to injury to the left adductor.

He abandoned the concentration of the cetacean box yesterday.

85% of the non-oil cargo passes by Guayaquil