Due to the increasing number of patients in public hospitals, the government announced yesterday the 60 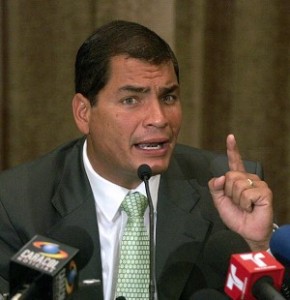 A $ 406 million dollars investment will be destined to improve hospitals’ infrastructure and provision of medical equipment in hospitals. Hospitals Baca Ortiz, Eugenio Espejo (Quito); Ycaza Bustamante and Gilbert Ponton (Guayaquil), Delfina Torres (Esmeraldas), Alfredo Noboa (Guaranda), Verdi Cevallos (Portoviejo) and Velasco Ibarra (Tena) will have priority since they are located in the poorest provinces of the country.

In addition, the government will purchase hospitals and private buildings—located in Quito, Guayaquil, Ambato, Cuenca, Manta and Santa Elena—to give public service and to help relieve health care and surgery emergencies that public hospitals cannot attend. The purchase of new health centers is already under negotiation.

Jeannette Sanchez, Coordinating Minister of Social Development, explained that the resources will be delivered progressively in line with the implementation of works.

At first, $ 50 million will be given to begin the activities. To cover this increase on the health budget, aspects of financing have been discussed by President Correa on National TV. Correa said that taxes on cigarettes, alcoholic beverages, cell phone calls and imported drugs would finance the health budget.