Énner Valencia was the most outstanding player of the Ecuadorian National Team in the 2022 World Cup in Qatar. La Tri’s participation ended after their defeat against Senegal. 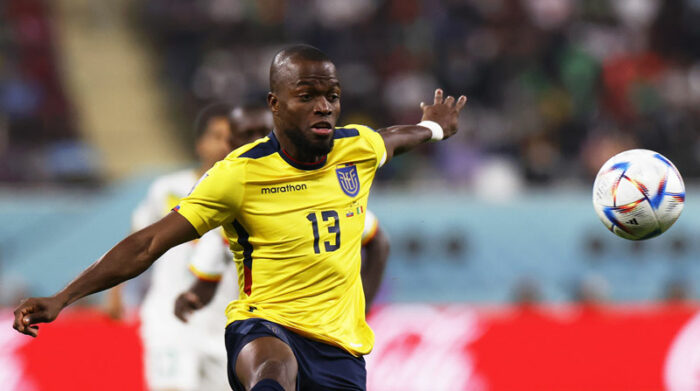 Énner Valencia, of the Ecuadorian team, in the match against Senegal, in the Qatar 2022 World Cup, on November 29, 2022.

The team led by Gustavo Alfaro played their way to the round of 16 and stay in the tournament against the Africans. A tie was the minimum that the tricolors needed to advance, however, the squad fell by a score of 2-1.

The striker was present from the initial whistle, but failed to influence a good result for his team. Within his performance, he even made a mistake by rejecting a free kick that became the differential goal of the match.

Despite what was raised, in the previous duels he stood out and was not only one of the figures of the Tri but of the competition as a result of his numbers. In the previous clashes, the team from the middle of the world had a draw against the Netherlands and a win against Qatar .

In both games, Valencia scored the goals for his team and was the only one on the squad to do so. On a global level, according to SofaScore – a site specialized in soccer statistics – the gunner obtained a rating of 7.73 .

What were the numbers of Énner Valencia?

‘ Superman ‘ came to average a goal per game, despite only scoring in two events. Similarly, the striker made a total of nine shots, four of them on target.

The aim he had was 44% and his conversion rate was 75%. In turn, the data showed that he needs 85 minutes to score.

The good form of Énner Valencia with Ecuador coincided with the moment he lived at Fenerbahce. There, the footballer leads the scorer table in the Turkish Super League with 13 goals in 12 games. In the same way, he adds two more from the UEFA Europa League.

His matches in the World Cup

Énner Valencia started the World Cup with goals. In the first game against Qatar, he scored a double that gave the Ecuadorian National Team a 2-0 victory.

He did the first goal as a penalty after one was annulled. Later, he scored again with a header after a cross from Ángelo Preciado.

Against the Netherlands, a clash that ended 1-1, he scored the equalizer . After a shot by Pervis Estupiñán, the striker did not miss the shot.

Records of Valencia with the Ecuadorian National Team

Énner Valencia, who already held the record for La Tri’s all-time top scorer, increased his numbers and reached 38 goals with the Ecuadorian team. In the same way, he became the only one to score all the goals of the cast in two appearances.

His conquests also led him to be the top scorer for the Ecuadorian National Team in World Cups. With six, he doubles the number of goals of Agustín Delgado, with whom he was tied with three.

This was the good, the bad and the ugly of Ecuador’s defeat