Esmeraldas Refinery will be renovared from July 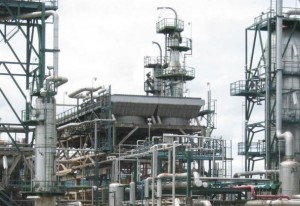 The Esmeraldas refinery provides to totally renovate its plant, for which it will suspend its activities from October to November of this year.

Pedro Merizalde, Minister of Non-Renewable Natural Resources, estimates that the modernization project will start on 12th July and will conclude in 2015.

“Hopefully in about twelve or thirteen months (…) that the plant is conditioned, hopefully, we will have better products, and we will recover (the plant) to the best efficiency we can,” he added.

Due to delays in the importion of the equipment to be replaced, the modernization project of the refinery has had several changes in the schedule since 2011, when it was first announced by the authorities.