DUBLIN – Last Sunday the Basque terrorist group ETA announce a cease-fire, the Spanish government responded relatively calm to this event. A similar declaration was made on March 2006, however the terrorist group didn’t comply with this statement when the Prime Minister, José Luis Rodríguez Zapatero publicly offered peace negotiations with the ETA the previous year.

Informal debates between the Basque section of Zapatero’s Socialist Party (PSOE) and the terrorist forces have been done. Further negotiations between the 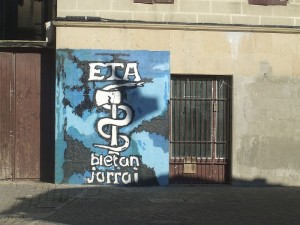 Madrid government and the ETA mediators ended after nine months of dealings when the terrorists dynamited the negotiations with a lethal bomb in the Barajas airport on December.

Currently there are no peace talks from the government; however there has been contact among the Basque Socialist leaders and ETA’s political allies in Batasuna, an excluded party prohibited in 2001.

There are no official international mediators involved. Notorious figures like the South African lawyer Brian Currin, and the Irish priest Alec Reid, recommend Batasuna and ETA how a peace process can work for them based on their experience. Madrid isn’t aware of these talks and hasn’t given any approval.

At the moment ETA confirmed the cease-fire, while the Spanish leaders are saying that is not the case. “Our anti-terrorist policy will not change in the slightest,” the Interior Minister, Alfredo Pérez Rubalcava said on Monday. “The idea of a truce as way to open a process of dialogue is dead.”

Zapatero is being extra cautious with good reasons to be so, since ETA used the 2006 cease-fire to regroup and rearm. Meanwhile the prime minister’s proposal for dialogue started heated arguments from the opposing party, the socialist group Partido Popular, which gathered sympathy from other socialists.

The anger of Spanish nationalism that had lay dormant since Franco’s 40-year dictatorship was awakened. A sense of restlessness exists between Basques and 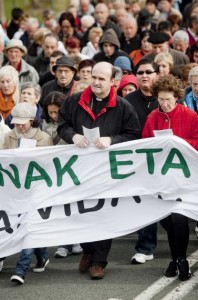 Catalans because of their self-government activities.

Over the last three years a series of high-profile ETA arrests and arms confiscation gave the terrorist organization a serious blow. Officials in Madrid believe that this cease-fire was caused by their actions since the group doesn’t have the necessary equipment to perform effective attacks at the present moment.

ETA has survived for over 30 years now because their freedom and independence motivations are shared by a large number of the Basque population.

President of the Basque section PSOE, Jesús Eguiguren believes that Batasuna has made serious changes thanks to the joint work with Brian Curry. Hopefully the request made to the ETA to declare a definitive and international cease-fire would generate a positive response from the Spanish government, which might allow the advancement for new political and democratic efforts.

Eguiguren (PSOE) knows that the Basque demands for independence will not disappear. It’s possible that a new generation of ETA appears if this cease-fire is ignored. The best choice Zapatero has is the legalization of Batasuna in time for the 2011 local elections, only if there is no more violence. Skilful negotiations will be required to achieve this controversial course of action in Madrid. (AV)