On Thursday, the European Union published on its official bulletin that it will extend sanctions against Syria until June 1, 2015, which involve all the oil embargo and the freezing of funds and shares of 179 people and 53 entities close to the regime Bashar al-Assad.

The EU also lifted a ban on the Syrian citizens to purchase weapons, transporting them to third countries or guarantee such carriage, in order to deprive the regime of other funding sources. 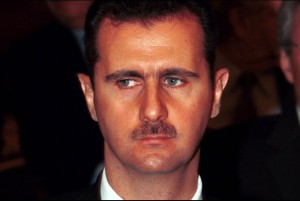