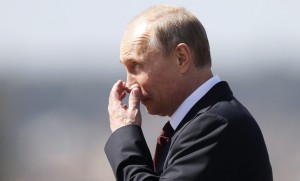 Ambassadors of the 28 member countries of the European Union would have approved yesterday in Brussels a new set of economic sanctions on Russia for violating the sovereignty of Ukraine. This, after a cease-fire signed between the Ukrainian forces and pro-Russian rebels.

“There is a principle agreement on the new sanctions and an official decision will be taken by written procedure on Monday”, said an European diplomat who requested anonymity to AFP.

Ambassadors “tonight approved a package of further restrictive measures in relation to the situation in Ukraine, as the European Council commissioned on August  30,” said another diplomatic source.

“The package includes strengthened measures concerning access to capital markets, defense, goods of dual use civilian and military and sensitive technologies, plus new lists of people to add to the list of specified sanctions (freezing assets and visa bans)”, he said.

Declared cease fire between Russia and Ukraine is violated