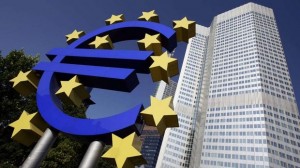 The Eurobank is now not only responsible for deciding on the monetary policy of the European Union (EU), but now among Its responsibilities is the overseeing of the financial industry with a direct control on the 120 and 130 largest banking groups, with assets close to 25 billion euros.

Thus, the European Central Bank (ECB) controls the 6,000 institutions of the eurozone. The Banking Union will finally become a reality with the entry into force of the Single Monitoring Mechanism (MUS), the new European banking regulator to monitor from Frankfurt the entire financial system of the euro area.

In spite of this second major merger policy, they still aspire to more: to strengthen fiscal union, that is to further integrate policies in this field. The market welcomed the banking union, so that early notice any alerts in the industry.