The indigenous leadership reacts. A publication of this Journal under the title “A not so precarious reality”, and based on freely available information from the Internal Revenue Service, the Superintendence of Companies and the municipalities of Quito, Cuenca and Latacunga, caused the rejection of high cadres of said population and mentioned in the report published last Sunday. 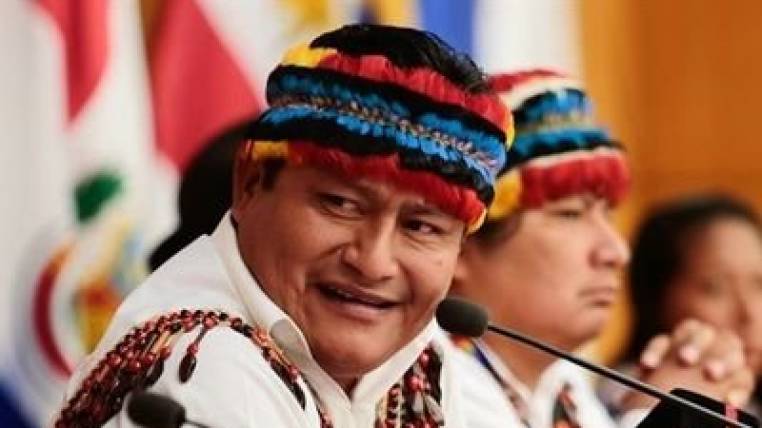 EXPRESO made an x-ray about the payment of income tax, the registration of companies and properties on behalf of the indigenous leaders who stood out during the protests for the elimination of the gasoline subsidy and the reality of the communities they defend.

One of those mentioned was the president of the Confederation of Indigenous Nationalities (Conaie), Jaime Vargas, who, through a letter published on Twitter, described as “unfounded” and “reckless” the official information about his person and the rest of the leaders . “The indigenous leaders have their heads up because we represent a people, we have no more assets than those of collective property of the organizations we represent (…),” Vargas says. However, this newspaper found companies and properties on behalf of leaders, one of them, Marlon Vargas Santi.

The Governing Council of the Confederation of Indigenous Nationalities of the Ecuadorian Amazon (Confeniae), an organism part of the Conaie and led by the latter, also questioned the publication. “We invite public opinion to visit the Amazon and see the” luxuries “,” bonanza “and” accommodation “with which our leaders live, we clarify again that any good is collective property.” The argument is repeated.

The official information shows that Vargas Santi appears as a shareholder of the Achuar Air Service company, in liquidation, dedicated to air transport and with a subscribed capital of $ 16,000. Marlon Santi, another indigenous leader, is a shareholder in three companies, Tourtraveco, Aero Sarayaku and Claveconsultora (the first two liquidated and the last active), with a subscribed capital between the three of $ 25,400, to cite two examples.

Who also reacted was the leader Severino Sharupi. This newspaper had access to a protection action, of 2016, against Sharupi as a trustee of the Shuar El Consuelo Center. The record of the hearing ensures that the owner owns 75% of said center. According to the leader, through a statement, the place is part of the global title Chuwitaya, to which five communities belong. “Consuelo has 30 members (as) between children and adults agglutinated in eight families.”

Both he and the president of the Conaie warn with keeping the right to initiate legal proceedings against this media by the publication of official information and free access. None refers to the other part of the report, the payment of taxes.