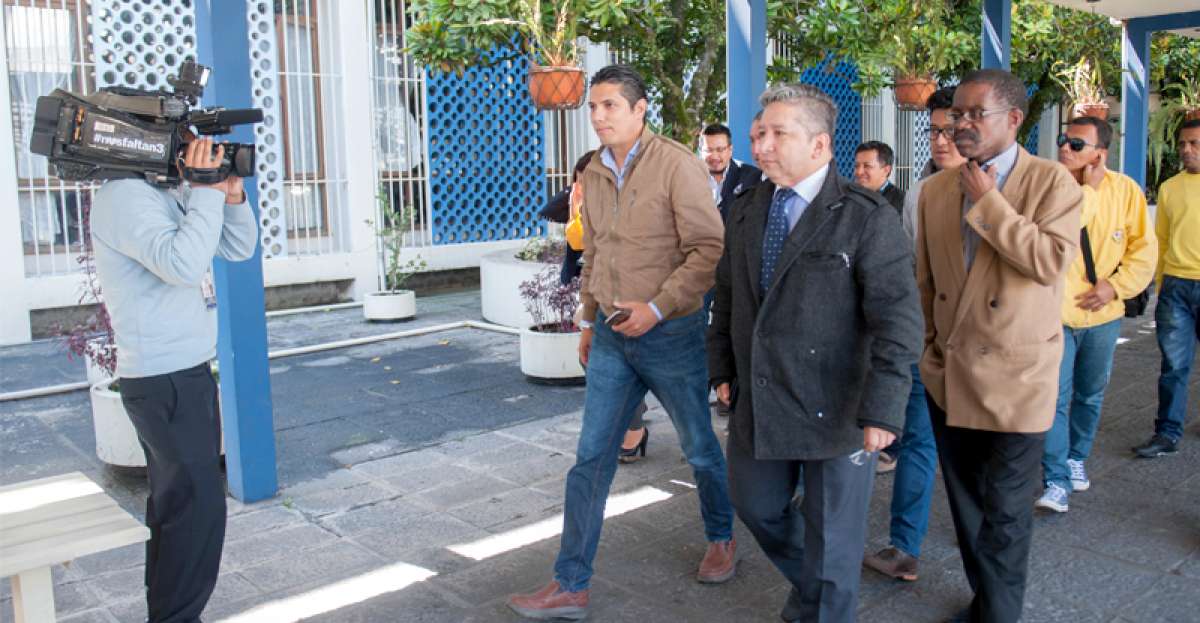 Luis Raúl Ch., One of the three ex agents of the National Intelligence Secretariat (Senain) detained for the alleged kidnapping of politician Fernando Balda, fears for his life and asked the Attorney General’s Office to be included in the Victim Protection System and Witnesses.

The petition was made after last Monday admitted to the prosecutor Jimena Mena, to render his version, have participated in the crime and welcomed the process of effective cooperation. Diego Chimbo, lawyer of Luis Raúl Ch., Informed on the morning of this Thursday, May 10, that the request to be declared as a protected witness was already made official, “it was even the appeal argument for which he requested his release.”

In his opinion, it is prudent that, also within effective cooperation, he should be allowed to replace the prison with an electronic device. He admitted that his client has not received threats, but the integrity of the three ex-Senain detainees (Luis Raúl Ch., Diana F. and Jorge E.) is at high risk, “that is definitive because they know who the people behind this are, “he said.

Chimbo said that Luis Raúl Ch. Just carried out orders. He added that the effective cooperation that his defendant received, has the character of secrecy, so it can not reveal anything until the Prosecutor’s Office unveils the information at the time of making links in the process.

Two more appearances Chimbo declared on Thursday, May 10, at the State Attorney General’s Office, after the former Senain’s leader, Carolina Andrade Quevedo, gave her free and voluntary version on this case. “I have appeared as a sponsor lawyer to see if it is apparent that today’s version (yesterday) information may involve or misrepresent the case that is handled,” said the lawyer.

She considered that the version of Andrade Quevedo was not of greater contribution, because it occurs on the occasion of which her ex husband showed that in 2012 he listened to a telephone call on a follow-up to a “FB”. The ex-staff member avoided contact with the press, both at the entrance and at the exit of the Prosecutor’s Office, but not Colombian journalist Herbin Hoyos, who said that he was going to render his version as a technical witness.

According to Hoyos, his statement before the prosecutor has to do with his experience in the investigations and solutions of cases of kidnappings, everything he knew about what happened to Fernando Balda and the conclusions he reached.

In addition, the journalist affirmed that the investigations he carried out on this case and that he delivered them to the Prosecutor’s Office “will help the authorities to know the modus operandi of the kidnappers, how they acted, the changes they made and that keeping the Balda with life, since the objective was to assassinate him “.

In his opinion, the participation of people from the Ecuadorian Intelligence Directorate, in an act like this, gives a global connotation to kidnapping, “because we would be facing the first kidnapping in the world where a president of a country would be involved.”

Persecution was an order Balda, who accompanied the Prosecutor to the Colombian journalist Hoyos to the judicial proceeding, expressed his satisfaction for the progress in the investigation of his kidnapping.

He added that in declarations granted in Miami, Diego Vallejo, ex-adviser of the Ministry of the Interior, allegedly admitted that he ordered to pursue Balda.

The politician filed a complaint that in 2012 he was kidnapped in Bogotá (Colombia), where he traveled because of the persecution of which, allegedly, was the object of the then government President Rafael Correa.

3 detainees are in Ecuador for this case. Luis Raúl Ch., Diana F. and Jorge E., ex agents of the Senain.

takes place after last March, in a hearing, the State Attorney General’s Office filed charges against the three intelligence agents accused of the kidnapping. (I)