Ex-seers will appeal their sentence

Paul Chambers and Gerardo Portilla, former seers of the contracts between the state and companies allegedly linked to the brother of the president, revealed that they will challenge the sentence of one year in prison for perjury, delivered last Friday at the adjudication hearing of the Eight Court of Criminal Guarantees.

The ex-seers will have to wait for the official notification with the text of the sentence to challenge that court decision, using several legal resources.

According to Chambers, there are still two legal instances they can use before resorting to the National Court for a petition for a review on the judgment (appeal).

Chambers also said that they will first use a request for an expansion and clarification of the judgment and then an appeal request. 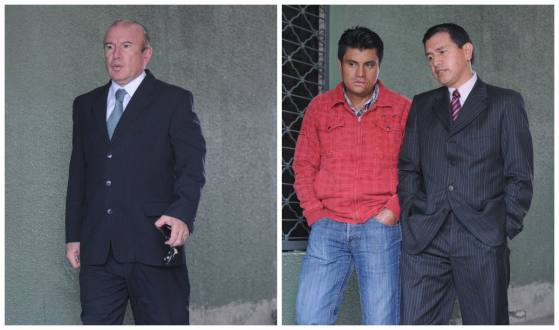 Pablo Chambers (left) and Gerardo Portilla (right) were sentenced to one year in prison. José Quishpe (mid) and Víctor Hidalgo, were declared innocent.