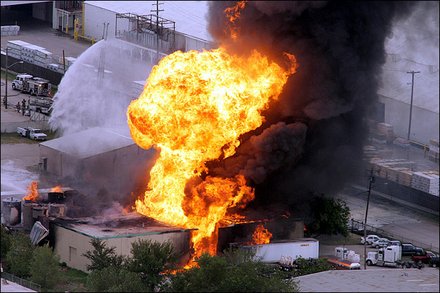 The accident at a Fukushima nuclear power plant is already the worst that has been lived since the Chernobyl disaster (Ukraine) in 1986. The failure of the reactor cooling system 1 of Daiichi nuclear plant has been classified by authorities as a category 4. This equates to an “accident with local consequences” according to the International Nuclear Event Scale (INES), which sets category 7 as the maximum one.

At the moment, the Executive is preparing to distribute iodine, an effective element against thyroid cancer.

The Japanese chief of the Cabinet, Yuko Edano, assured that the explosion in the Fukushima Daiichi Nuclear Power Station was not near the reactor. Edano also stated that the radiation levels of the sector decrease after the explosion. The event occurred around 3:30 p.m. in one of the centrals of Japan at 250 kilometers in northeast of Tokyo, the central suffered some damages by the quake and the tsunami last Friday.

After the explosion a long grey smoke column was seen at the distance. The walls and roof of the building were destroyed after the blast. The government informed that it will allow that the company Tepco 9501, which operates the plant, fills the reactor with sea water in order to cool it down.

The authorities fear that the nuclear reactor could be melted after its cooling system was damaged by the earthquake. The International Atomic Energy Agency (IAEA) informed that they have been requesting the status of the plant to the responsible authorities. The Japanese officials’ explained that the evacuation zone around the plan is of 20 kilometers wide, while the rescue operations continue to save the victims of the earthquake and the tsunami.